BRADENTON, Fla. - For the last 14 years, Christine Olson has channeled her grief into making a difference.

In 2005, her daughter Tiffany was killed by a drunk driver in a motorcycle crash on U.S. 19 in Palmetto.

"Even though I was only 15 minutes away from where my daughter lay, it took over six hours for them to notify me," she said.

Since then, Christine has worked to make sure no one has to experience what she went through.

"If you were hurt today in a medical emergency, would law enforcement know who to contact on your behalf?" she asked.

She formed TIFF's Initiative: To Inform Families First. It's a way to register two emergency contacts, nationwide, to your driver's license.

If an emergency happens, law enforcement can swipe your ID and they'll be linked to your emergency contacts.

"Seven, eight hours later trying to locate a family member is not acceptable. It’s something we should no longer have to do. This is available, law enforcement needs to use it, and we need to make sure other states are aware of how important it is that family members are notified as quickly as possible," said Manatee County Sheriff Rick Wells. 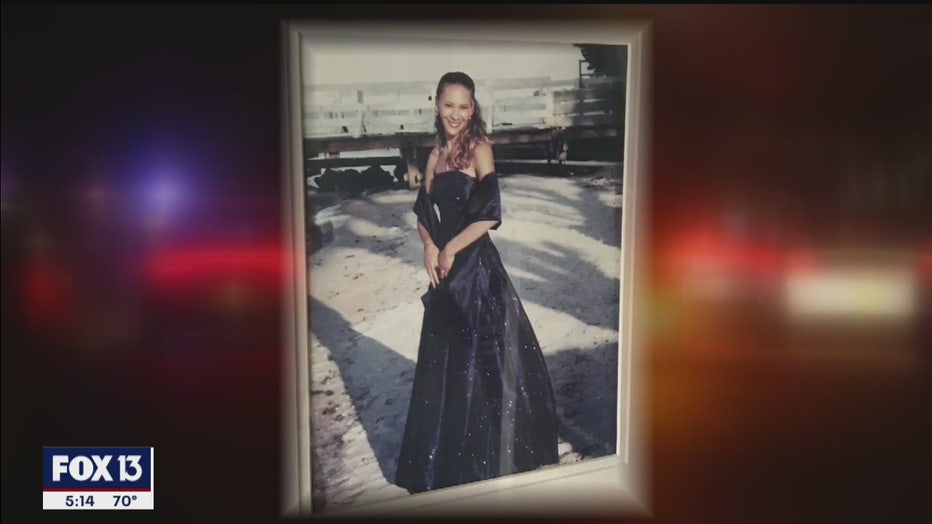 Christine has her eyes set on four more states this year.

"I want to see push-pins in every single state here,” she said, referencing her map. “The West Coast, we have nothing going on. We need people to rise up.”.

She hopes in her lifetime, to see TIFF’s Initiative spread worldwide.

"With everything I have in my heart, is to make sure what happened to me doesn't become your story. It doesn't have to be, but it takes action and it takes immediate action to register right now, today," she added.

LINK: To sign up or learn more about TIFF’s Initiative, visit: www.toinformfamiliesfirst.org