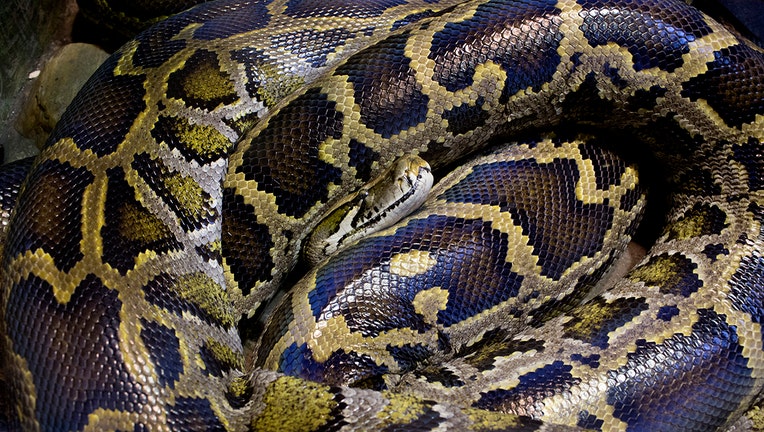 BRONX, NY - FEBRUARY 18: A reticulated python lies coiled up in its enclosure on February 18, 2018 in the Bronx Zoo's reptile house in the Bronx, New York. (Photo by Andrew Lichtenstein/ Corbis via Getty Images)

OXFORD, Ind. - A woman in Indiana was found dead Wednesday with a snake wrapped around her neck in a home that was apparently set up to collect reptiles, according to officials.

Indiana State Police said in a news release that authorities received a 911 call around 8:51 p.m. to an address in the town of Oxford for a woman who was found unresponsive with an eight-foot reticulated python wrapped around her neck.

Medics arrived at the house and "attempted life-saving measures" on the woman, identified as 36-year-old Laura Hurst of Battle Ground, but were unsuccessful.

“She appears to have been strangled by the snake,” ISP spokesman Sgt. Kim Riley told the Journal & Courier. “We do not know that for a fact until after the autopsy.”

Indiana State Police that there were 140 snakes found in the home, of which 20 belonged to Hurst. 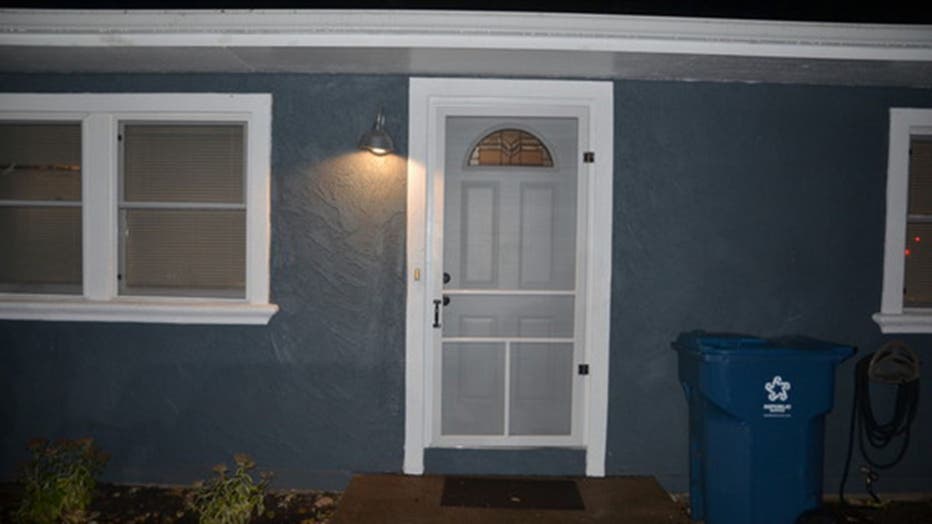 Laura Hurst, 36 of Battle Ground, Ind. was found dead with an eight-foot python wrapped around her neck at a home in Oxford, Ind. on Wednesday, according to authorities. (Indiana State Police)

The building was apparently set up as a "reptile home," Benton County deputies told WAND-TV.

The Journal & Courier reported the home was owned by Benton County Sheriff Don Munson and set up for a collection of snakes. Munson told the newspaper he discovered Hurst with the snakes Wednesday evening.

The sheriff told the newspaper that Hurst’s death was a "tragic accident with loss of human life," and that he was "being fully cooperative with everybody."

State police said that Hurst’s cause of death would be determined during an autopsy that’s been scheduled for Friday.