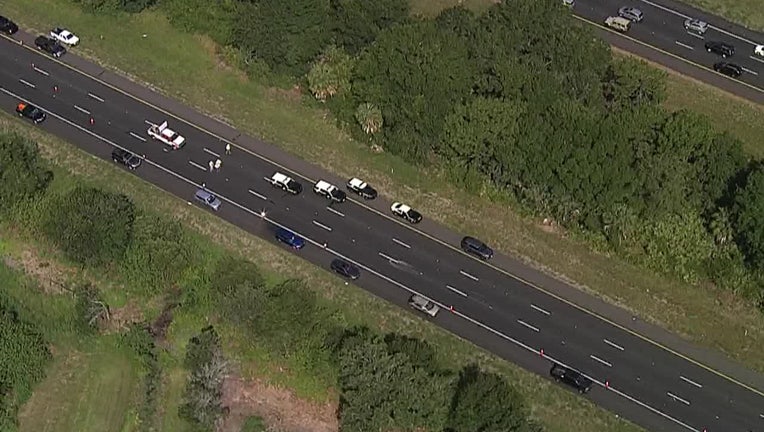 SUN CITY CENTER, Fla. - Florida Highway Patrol troopers say a driver from Georgia tried to run from the scene of a crash that closed part of Interstate 75 in Sun City Center Friday, died after crossing several lanes of traffic.

Troopers say the 38-year-old man from Wildwood, Georgia was driving an SUV north in the outside lane of I-75, near mile marker 243, just north of Sun City Center Boulevard when he tried to pass a car in the center lane.

When he tried to merge in front of the car, troopers say he hit the rear of the car, sending it into a tree in the median.

The Georgia man’s SUV overturned and stopped along the shoulder. Troopers say he got out and ran across the southbound lanes of I-75, but died from injuries due to the crash.

The driver of the car, a man from Lehigh Acres, Florida, suffered minor injuries.