Manatee gives birth after being hit by boat

SIESTA KEY, Fla. - A pregnant manatee, injured by boat propellers, was rescued over Mother's Day weekend and has just given birth to a calf.

Mote Marine Laboratory says they responded to a call about a distressed manatee near Harbor Towers Yacht and Racquet Club on Siesta Key on Saturday.

Biologist Jess Blackburn noticed both healed and fresh boat strike wounds on the manatee, who was listing to one side and was unable to dive properly. She said it was the same manatee they'd received calls about and had searched for the day before.

"Those kinds of wounds likely caused air to be trapped in the manatee's chest cavity, making it difficult for the animal to submerge efficiently," Blackburn said. "Given the busy area and heavy boat traffic, we knew it would be very difficult for her to avoid any other potential boat collisions.”

A manatee that had been injured by boat propellers was rescued near Siesta Key and brought to SeaWorld Orlando. Just three days after her rescue, she gave birth to a healthy calf.

Florida Fish and Wildlife Conservation Commission responded to the scene to rescue the manatee alongside Mote Marine responders, Sarasota Police and the Sarasota County Sheriff's Office. 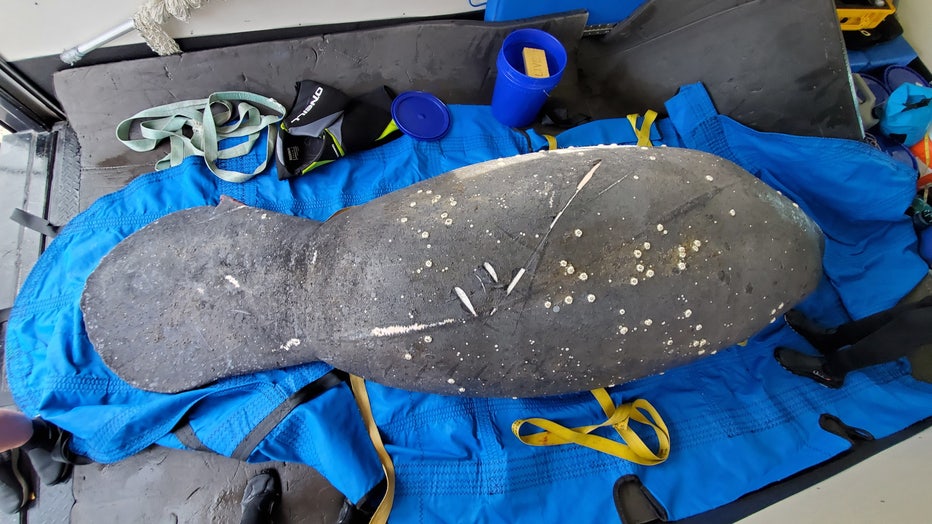 "We hate to see injured wildlife in our waterways but we're hoping this team effort was enough to help give this manatee a second chance," Sarasota Police Officer Michael Skinner said.

Rescuers safely netted the nearly 1,700-pound animal onto a boat and then transferred her to into a transport truck to take her to SeaWorld Orlando, one of four critical care facilities for manatees in the state of Florida.

Once at SeaWorld, veterinarians realized the manatee was pregnant. Three days after the rescue, the manatee gave birth to a healthy calf.

Rescuers said the mother is being treated for her injuries and is stable, but still in critical condition. 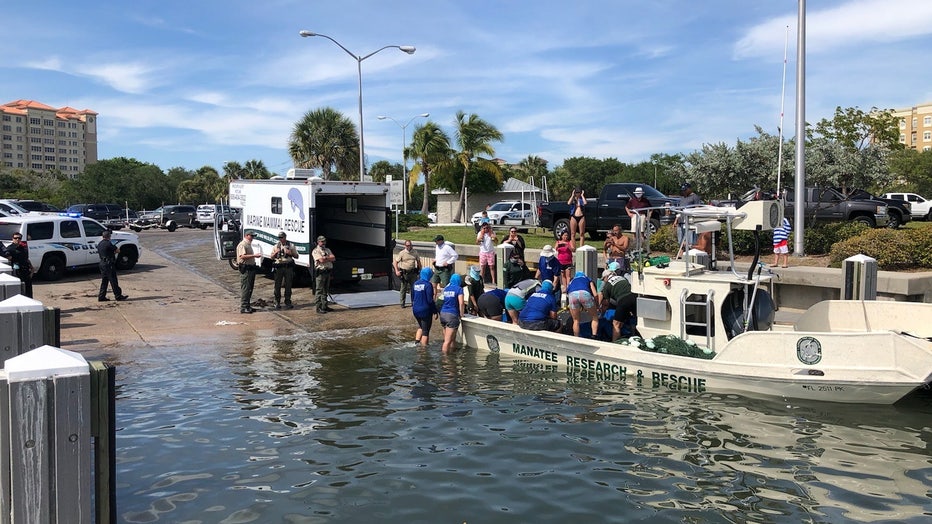 The injured animal is the 17th manatee to be treated at SeaWorld so far in 2020.

FWC urged boaters to be on the lookout for manatees while on the water and to wear polarized glasses to make them easier to spot. Anyone who sees a dead or distressed manatee is asked to call FWC at 1-888-404-FWCC (3922) or dial *FWC or #FWC on your cell phone.