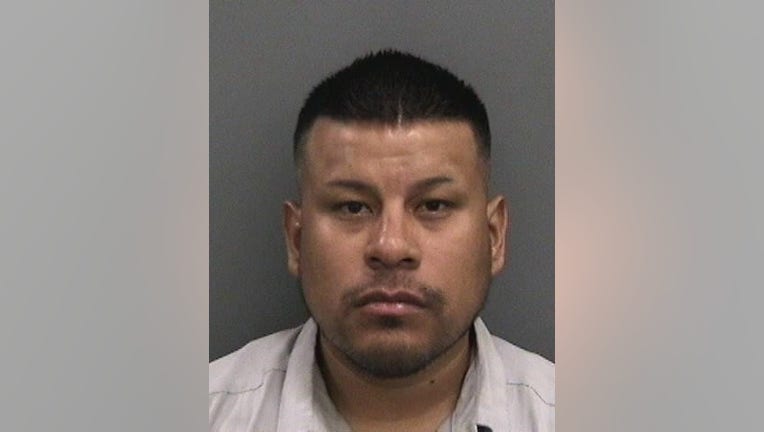 Around 12:52 a.m. Monday, authorities said Deputy Ivan Moreno was sitting in the backyard of a home in the 2000 block of Walden Woods Drive in Plant City when he encountered a Plant City officer.

Officials said the officer was using a flashlight to search behind properties for a juvenile that ran away from her home. They said Moreno yelled at the officer to turn the light off, but the officer continued to search for the child.

According to the Hillsborough County Sheriff's Office, Moreno advanced towards the officer, bumped shoulders with him and tried to start a physical altercation. The officer told investigators Moreno appeared intoxicated at the time.

Moreno was arrested for battery on a law enforcement officer and resisting an officer without violence.

“No one is above the law. Battery on an officer, even if it’s coming from another law enforcement officer, is completely unacceptable,” Sheriff Chad Chronister said in a statement. “This is an incident that should never have escalated to the level of physical violence. We do not condone the actions of this deputy, and he has been placed on administrative leave as we work through the details of this investigation.”

The sheriff's office said Moreno has been employed with the agency since 2016 and has no prior internal affairs investigations.