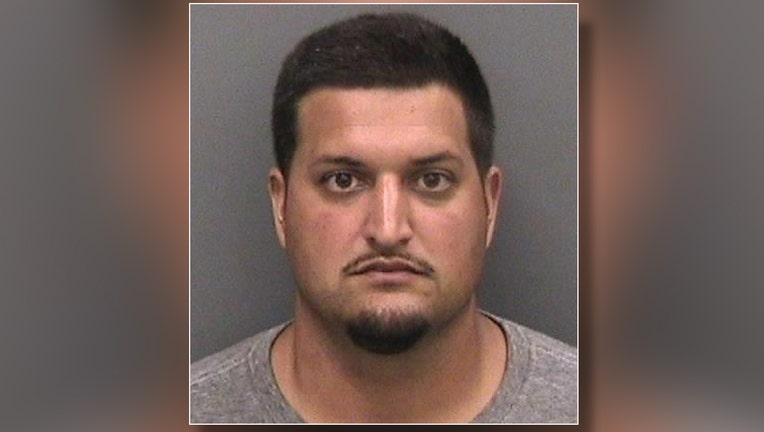 TAMPA, Fla. - Jefferson High School teacher Daniel Gonzalez was arrested on Wednesday after having a romantic relationship with a 14-year-old student, according to the Tampa Police Department.

According to TPD, Gonzalez met the student at Jefferson High School at the beginning of the school year.

The victim’s parents said they noticed a change in the victim’s behavior. The victim’s mother reviewed the teen’s phone activity and discovered text messages with Gonzalez, police said.

The mother confronted the victim about her relationship with Gonzalez, learned it was romantic and called the police.

Police were notified on April 15 and immediately began an investigation.

Daniel Gonzalez first met the then 14-year-old victim at the beginning of the Hillsborough County school year at Jefferson High School where he is a teacher.

Police said Gonzalez admitted to having romantic feelings for the victim and kissing her on one occasion by her residence. They said he also admitted to knowing the relationship with the victim was wrong, he acknowledged her age and his position over her as a teacher.

Gonzalez was arrested and charged with an authority figure soliciting or engaging in a romantic relationship with a student, which is a felony.