TAMPA (FOX 13) - A Hillsborough County Circuit Court judge appeared before the University of South Florida Board of Trustees Thursday to plead for mercy on behalf of an Army veteran he sentenced months earlier.

"I come not with a frontal assault, but I come on bended knee," Holder said. "This man has been a proud [USF] Bull and would like to return."

In August 2014, Allred was caught on surveillance video at a gas station convenience store urinating on the business's floor, then pointing a gun at the clerk, who is Muslim, and firing three times into the air. Police subsequently found an arsenal of weapons and other military items in Allred's car.

Although police initially investigated the incident as a hate crime, he never faced a hate crime charge. Instead, he was charged with discharging a firearm from a vehicle, aggravated assault with a deadly weapon and criminal mischief.

Experts determined Allred suffered from post-traumatic stress stemming from his time in Afghanistan and Iraq. Holder sentenced him to two years of house arrest and Allred was eventually expelled from USF 17 credits shy of graduating.

Holder wants the university to let him back into school.

"We talk about reasonable accommodation. I'm not here to argue the law. I'm here, as I said, on bended knee seeking fairness for this veteran and all of our veterans," the judge told reporters afterward. "Some would say, 'Well the judge is exceeding his role.' We're supposed to stand for something as judges."

Qadratullah Hassan, the victim in Allred's case, attended the Board of Trustees meeting and said he believes the judge is crossing the line.

"Dealing with this and having a judge say all these good things about this particular guy serving the country -- I do have sympathy for him, but it's just a shame that he had to go this far," said Hassan.

Despite the lack of a hate crime charge, Hassan said he still believes that's exactly what this was.

"[Allred] says, 'I hate you people,' or, 'I don't like your people," Hassan said, adding the ordeal still bothers him. "At that moment [that Allred pulled a gun], I thought my life was over. And I asked God for a miracle to happen, honestly, because I didn't believe I'd walk away alive."

Hassan said the judge seems to be more concerned with the future of the suspect in this case than making sure justice was served.

But Holder said this is about setting a standard for military veterans.

"Are we to stigmatize these men and women throughout their lives? Are we to say, 'No, go to another university,' where they'll say, 'Why didn't you complete your degree requirements at USF?'" Holder asked. "That's not what we're about as a society."

There may not be much that can be done, according to Paul Dosal, the provost who oversees the USF Office of Admissions.

Dosal said the Board of Trustees does not have any influence on the admissions process and will not make any recommendations on behalf of an individual applicant.

"We're very careful to maintain the integrity of the process," he said. "The [university] president doesn't interfere. The board doesn't [interfere]. I don't even interfere in individual admissions cases."

Dosal added Allred can reapply for USF, but his criminal history would be considered. 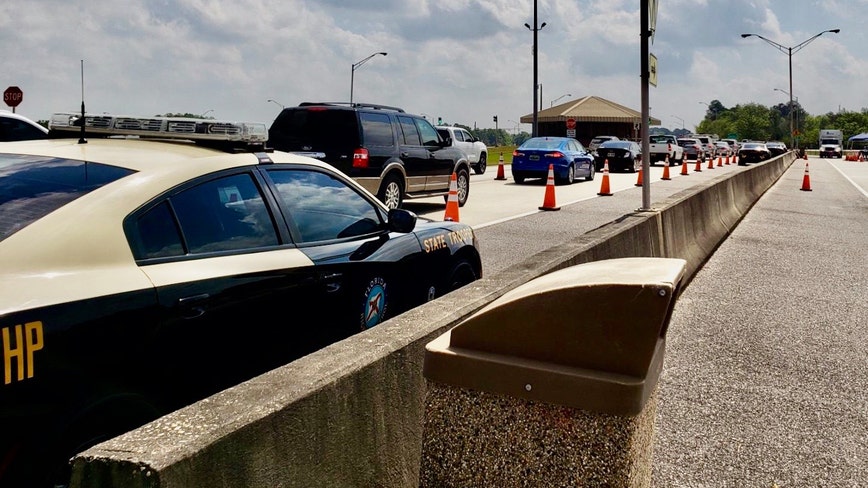