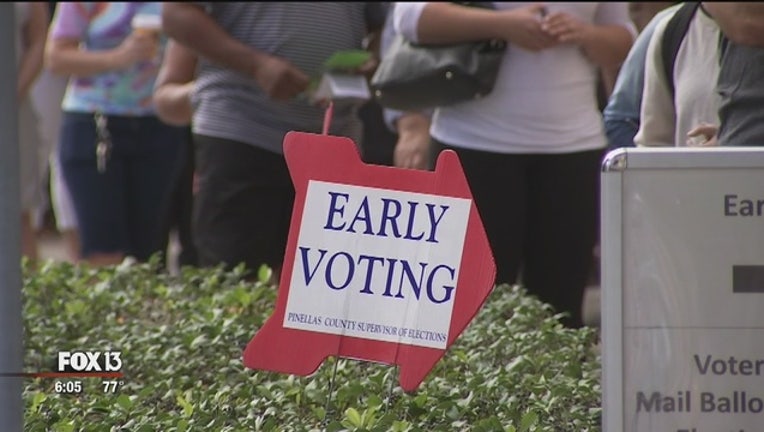 TALLAHASSEE, Fla. (AP) - Calling it a "lopsided" burden on college students, a federal judge on Tuesday told Florida that college and university campuses can be used as early voting sites in this year's elections.

In a scathing ruling, U.S. District Judge Mark Walker called the ban put in place by Secretary of State Ken Detzner unconstitutional. He said it appeared to be done to stop younger voters from casting ballots.

Detzner in 2014 told officials in Gainesville that they could not use the University of Florida student union as an early voting location. He argued the early voting law did not allow college buildings to be used even though campus buildings were not explicitly prohibited in the law. The state allows voting on college campuses on Election Day.

"Throwing up roadblocks in front of younger voters does not remotely serve the public interest," wrote Walker, who was appointed to the federal bench by President Barack Obama. "Abridging voter rights never does."

Walker, who said that he is not the "early voting czar," is not requiring the state to use college campuses as early voting sites. Instead, he said, election supervisors are allowed to use campus buildings if they wish to do so. Early voting is allowed up to 15 days before an election.

Even though Detzner imposed the ban four years ago, the League of Women Voters of Florida and several college students challenged the ban back in May.

"This is truly a victory for the citizens of Florida, especially with so many young people motivated to vote," said Patricia Brigham, president of the League. "The court ruling demonstrates that making it easier for our students to vote truly matters ... With this decision, we have an affirmation that making early voting accessible to all is part of a true democracy."

Florida's election laws have constantly come under fire since the chaotic presidential election in 2000, which hinged on the state's final vote count.

The Republican-controlled Florida Legislature tightened up early voting ahead of the 2012 election only to backtrack after people waited for hours in long lines during both the early-voting period and on Election Day. Legislators in 2013 lengthened the time available for early voting and expanded the locations that could be used for early voting.