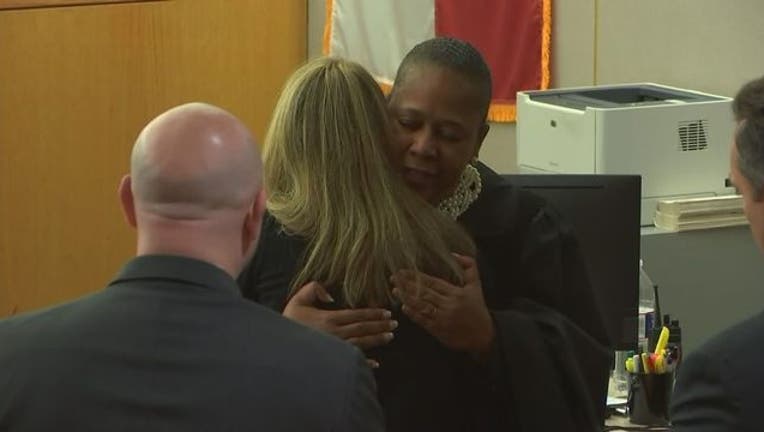 DALLAS, Texas - Dallas County Judge Tammy Kemp is breaking her silence after she presided over the Amber Guyger murder trial.

The judge has received criticism and even a formal complaint after she was seen hugging Guyger and giving her a Bible after the former Dallas police officer was convicted of murder and sentenced to 10 years in prison.

Judge Kemp spent a lot of time inside of her chambers reflecting on the Amber Guyger case during and after the highly-publicized trial that featured many memorable moments.

Some of the most talked about moments came after Guyger was sentenced to 10 years in prison for murdering her upstairs neighbor, Botham Jean.

After the jury left the courtroom, Botham's brother, Brandt, was allowed to address Guyger directly from the witness stand. He told her he forgave her for fatally shooting his brother. He then begged Judge Kemp to hug her, which she allowed after a long pause.