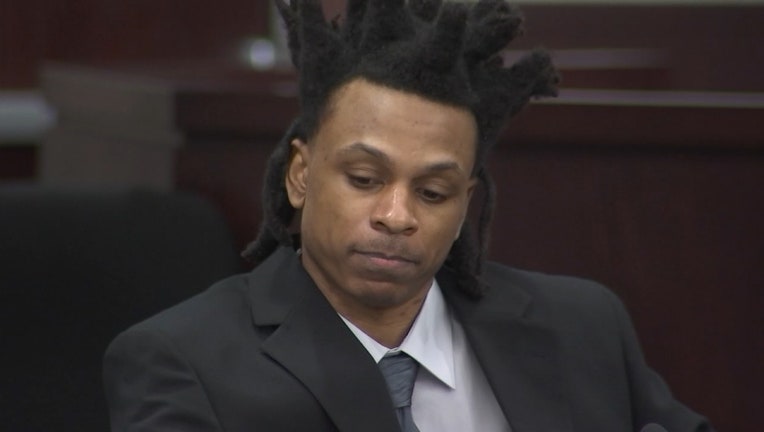 TAMPA, Fla. - The jury in the Ronnie Oneal murder trial handed down a sentence of life in prison, without the possibility of parole Friday. The death penalty was a possibility in the case.

On Monday the jury convicted Oneal of killing his girlfriend, his 9-year-old daughter and attempting to kill his 8-year-old son.

On the second day of the penalty phase, the defense, which is trying to save Oneal’s life, started with members of his family who testified about the mental and physical abuse he suffered as a child.

Oneal's mother, who wanted her Identity protected, told the jury Oneal was molested by a distant relative when he was five years old. She filed a police report but no one was ever arrested.

As penalty phase begins for convicted killer Ronnie Oneal, family members of his victims gave emotional statements while the jurors weigh whether to send him to death row or life in prison.

Later, she described how Oneal was shot at a Tampa park months before the murders and nearly died.

"He flatlined three or four times. I knew he lived for a reason," said his mother.

And later, in the middle of testimony, Oneal flashed the message to the media on a notepad that read, "J. A. H."

Sources tell FOX 13 that "JAH" is a name for God in other religions.

Judge urges convicted killer not to represent himself in sentencing

After jurors had left the room, Judge Michelle Sisco commended Oneal on his competent defense but encouraged him to consider allowing a state-appointed attorney to take over for the next phase.

A mental health expert testified that Oneal was diagnosed with PTSD and delusional order. He read a confession Oneal had made to him during one of their visits. Oneal blamed his girlfriend, the victim, for the attack, claiming he woke up in the middle of the night and she had a knife and was attacking his children.

Oneal said he grabbed a gun and tried to stop her.

The defense hopes these traumatic events will sway the jury to give him life in prison and not death.

Closing arguments are expected Friday morning, followed by deliberations. The jury must be unanimous to hand down a death sentence.