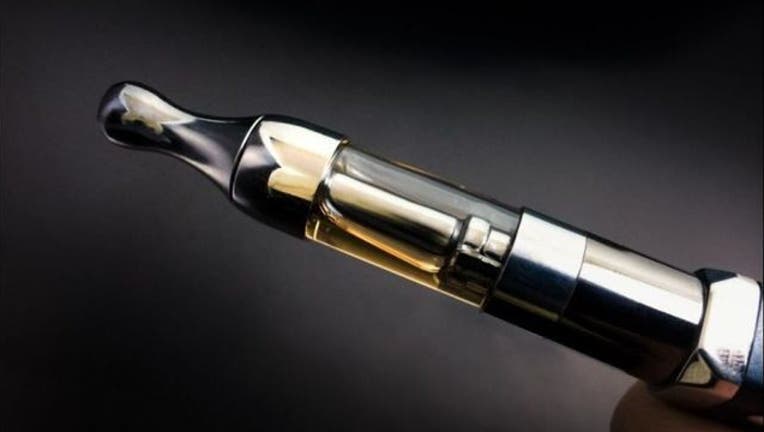 As health officials across the country grapple to find the cause behind some 805 cases of e-cigarette-linked lung illnesses, doctors in Kansas — which has seen at least two vaping-related deaths — are seemingly dealing with something new: Kids eating vaping cartridges.

Officials at the University of Kansas Health System's Poison Control Center told KMBC News they've received numerous calls from parents who claim their child has consumed a vaping pod, which is filled with liquid nicotine.

The center has received at least nine calls in the past few weeks "specifically related to young kids found with an e-cigarette or vaping pod where children were not actually vaping," per KMBC News, which did not report the children's ages.

"Parents are calling saying, ‘Hey, I found my kid holding the vaping product,' or 'I found the kid with the e-cigarette pod in their mouth.' So we're actually having a bit of an uptick in that, along with having reports of these vaping associated pulmonary illnesses," Dr. Elizabeth Silver, a clinical toxicologist with the University of Kansas Health System Poison Control Center, said.

"We've had kids ingest that and they get pretty bad toxicity from the nicotine because it's very, very concentrated in those little pods."

Ingesting nicotine can lead to nicotine poisoning, symptoms of which include excess saliva, nausea, vomiting, dizziness, tremors, anxiety, confusion, and an increased heart rate, among other signs. In extreme instances, symptoms can include seizures, coma and respiratory failure.

E-cigarettes and liquid nicotine, according to Medical News Today, "are responsible for the majority of cases of nicotine poisoning."

Poison control centers across the country have seen a rise in calls about potential nicotine poisoning cases as vaping has become more popular. In 2015 there were more than 2,400 calls, compared to roughly 1,500 in 2013,  according to the American Academy of Pediatrics.