TAMPA, Fla. - The 30th annual Slamfest Car and Truck show wrapped up at the Florida State Fairgrounds last weekend, with hundreds of Great Rides on display – that includes a very unique Chevy pickup truck from Gary Shulman, who is from Lake Mary.

"So the name of the truck, it’s called Krew Kut," Shulman told FOX 13, "it’s got an LSX [sic] engine, with 617 horsepower. It’s a lot of fun. This thing will roast the tires like nothing and it’ll throw you back in the seat."

Shulman says Krew Kut is no stranger to the camera, thanks to its unique origin story.

"It’s probably one of the most photographed trucks out there," he said.

The original owners took a 1992 Chevy Dually, and turned it into something else entirely.

"They cut the whole roof off it, made it into a roadster, got rid of all the side glass windows and everything," Shulman described. "They made the rear doors open up on suicide and put it on the ground with a hydraulic suspension system." 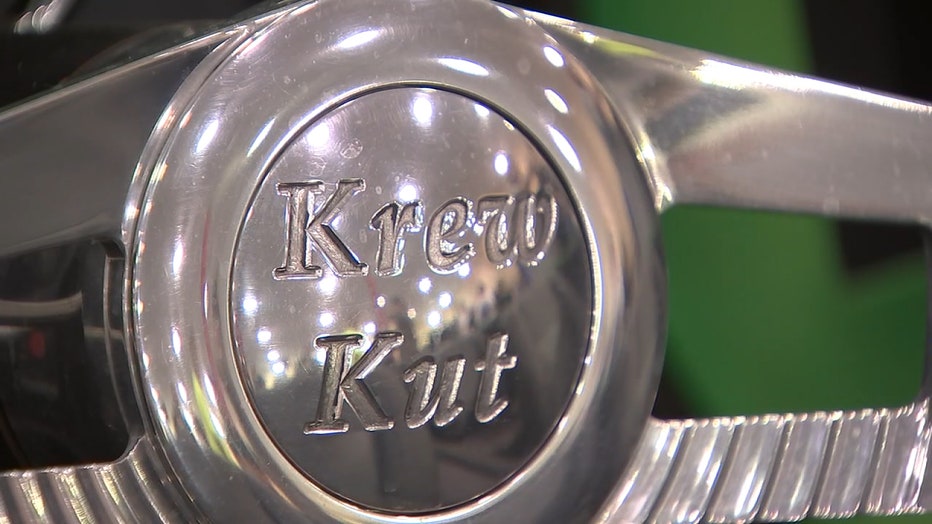 Then, it was love at first sight. Shulman said he’s followed Krew Kut for years before owning it. Their first meeting happened at a California car show about 20 years ago.

"The owner of the truck and the shop that created it let me sit in it and take pictures so it’s kind of been something I’ve been wanting and chasing for a long time," he recalled.

Krew Kut ended up in an eBay auction in 2018, and Shulman jumped at the chance to bid.

"I made an offer," he said, "and you know, miraculously, they took it and it worked out."