LAKE WALES, Fla. - A Lake Wales K-9 was killed in the line of duty Wednesday morning while responding to a domestic violence call, with investigators saying the suspect responsible was then shot and killed by officers at the scene.

Chief Chris Velasquez said the incident began around 5 a.m. when 911 dispatchers received a call from a woman who told them Borders had pulled her out of a vehicle, beat her head on the concrete, choked her, and then shot a firearm multiple times before fleeing the area.

Investigators said Borders then returned a short time later. When officers attempted to apprehend him, they said he fled alongside railroad tracks and into a wooded area. 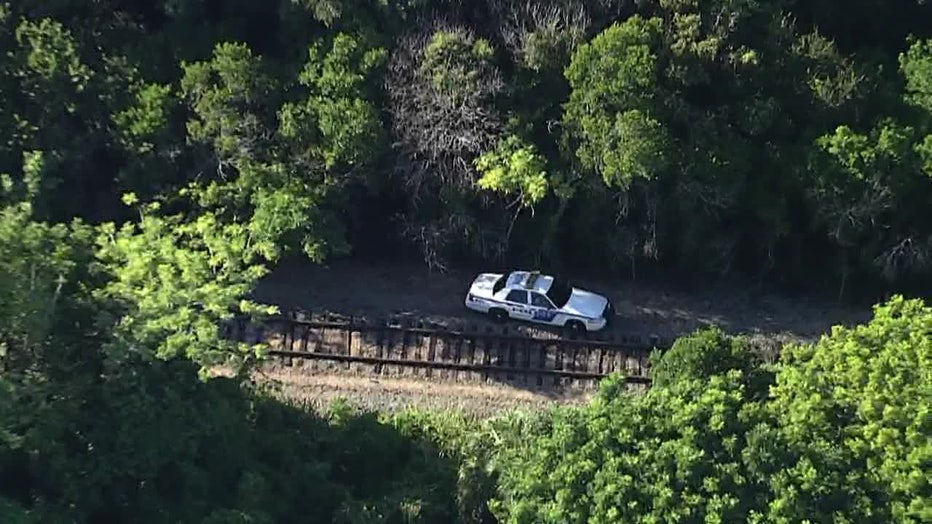 Lake Wales police set up a perimeter and asked for assistance from the Polk County Sheriff's Office.

That's when they sent in K-9 Max and his handler, Officer Jared Joyner, to track Borders.

Velasquez said when Max apprehended Borders and had him by the ankle, Borders pulled out his gun and shot the police dog, killing him. 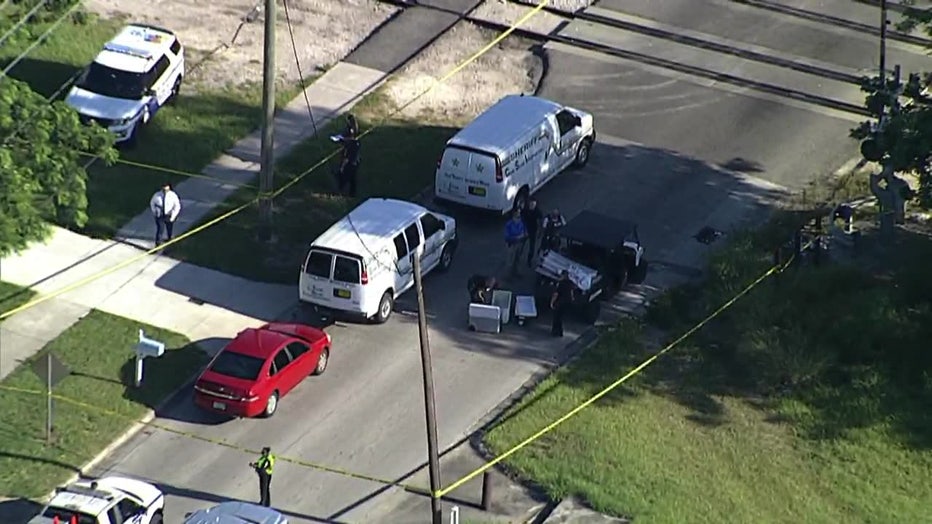 Forensic vehicles from the Polk County Sheriff's Office, crime scene tape, and a Lake Wales police patrol car can be seen from SkyFOX.

Two officers, including Joyner, then opened fire on Borders, who was critically injured and soon succumbed to his injuries.

A procession for Max was held from the Lake Wales Police Department to the Medical Examiner's Office. Joyner led the procession in his patrol vehicle with Max's body inside.

K-9 Max was killed in Lake Wales by a suspect described as a 'violent convicted felon.' A procession was held from the police department to the Medical Examiner's Office, with his handler leading the way. Law enforcement from surrounding agencies, including Sheriff Grady Judd, was there in support.

According to the Lake Wales Police Department, Max joined the agency when he was 21 months old in 2016. Max, a Belgian Malinois from The Netherlands, was described as "fearless."

"Officer Joyner lost a part of his family today," Velasquez said. "This officer is extremely distraught. He's heartbroken, and so are we." 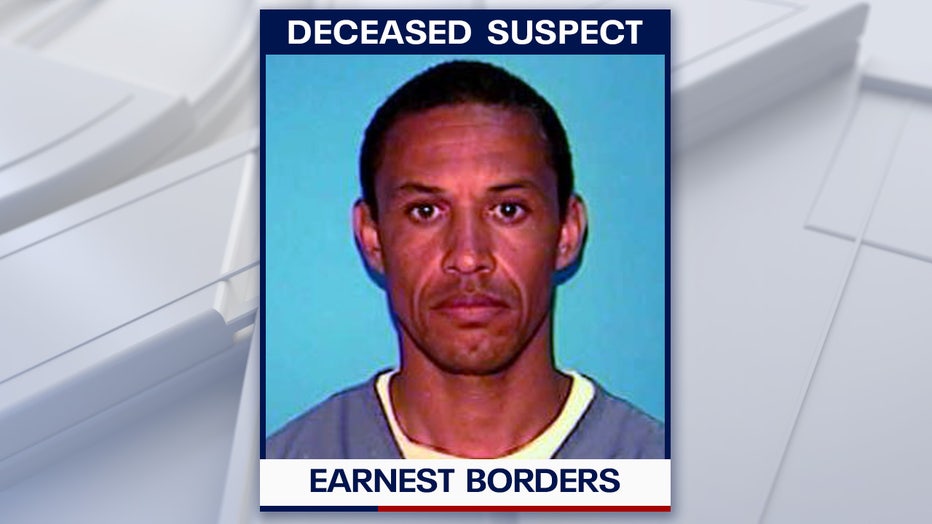 Investigators said Borders had 18 prior felony convictions, with charges including battery, assault, and grand theft. He served three separate sentences in the Florida State Prison.

"The suspect flat, completely murdered our K-9. Pulled the handgun out and pulled the trigger," Velasquez said, adding that police later learned the gun had also been stolen. "He made that choice and that's why he's dead today."

Polk Sheriff Grady Judd said Max died while protecting the lives of other law enforcement officers on the scene. 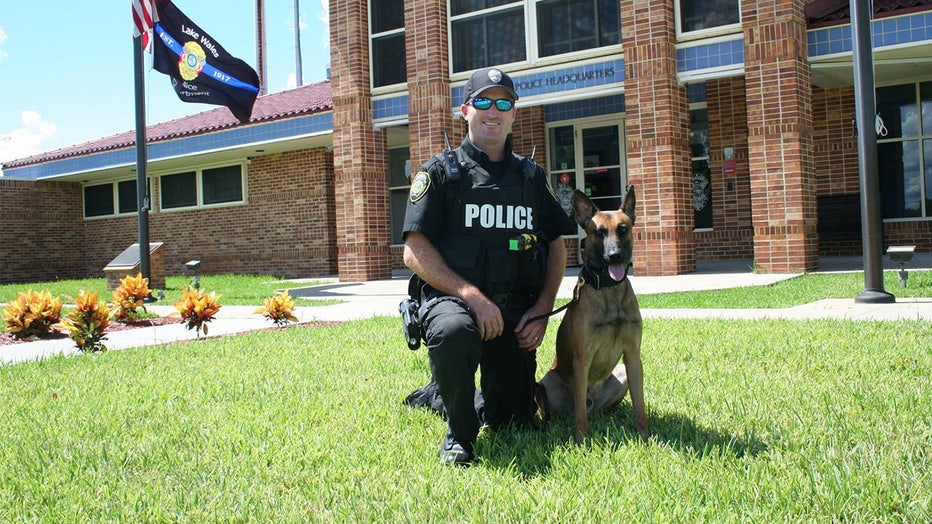 "He was very, very well-trained, he performed exactly as he was supposed to," the police chief said of the fallen K-9. "He ultimately saved the lives of police officers this morning. I fully, wholeheartedly believe that we would be speaking about dead police officers had that K-9 not been in service this morning."