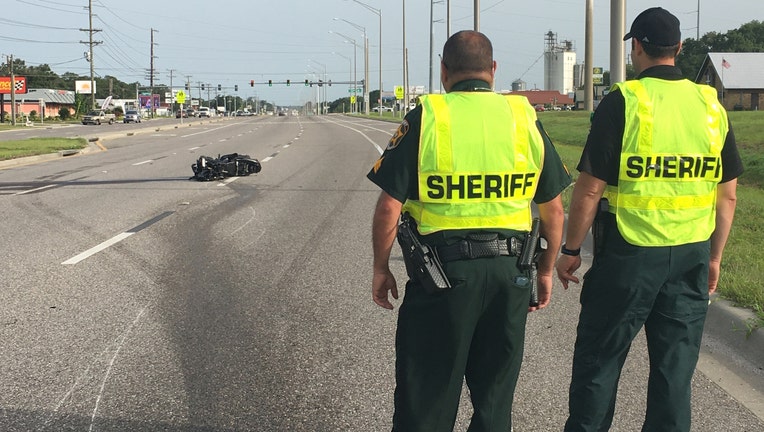 Deputies said Jones was driving a black 2009 Kawasaki sport motorcycle north on U.S. 98, when his tire struck a raised curb on the northeast corner of the intersection with Illinois Avenue. The bike struck a street light pole causing fatal injuries to Jones, and heavy damage to the motorcycle.

The force of the impact caused debris from Jones’ bike to be propelled into the southbound lanes where it struck a silver 2004 Volkswagen, driven by Valerie Tutton,58, of Lakeland. She was not injured, and her vehicle received only minor damages, deputies said.

After impact with the pole, the motorcycle continued down the road for an additional 252-feet before coming to a stop.

A witness told investigators that the bike had passed her at a high speed, about 1/3rd of a mile south of where it crashed.

It was determined that Jones was not wearing a helmet or other protective equipment while driving the motorcycle, according to PCSO.

The northbound lanes of U.S. 98 were closed for about four hours during the investigation. Lakeland Electric also responded to repair the street light pole that was damaged.