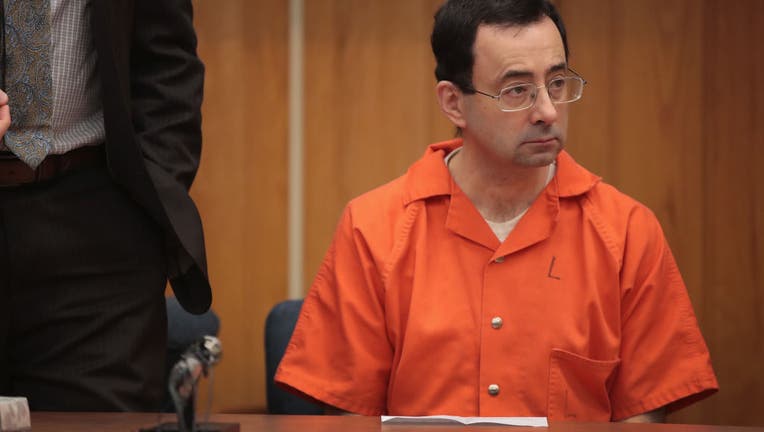 FERNDALE, Mich. - Victims of Larry Nassar have reached an historic agreement with the U.S. Olympic and Paralympic Committee to settle for $380 million, following a years-long legal battle that evolved in tandem with reports of sexual abuse among hundreds of athletes in the sport.

An attorney representing victims of Nassar attributed the "courage and tenacity" of his clients for why their case prevailed.

"These brave women relived their abuse publicly, in countless media interviews, so that not one more child will be forced to suffer physical, emotional, or sexual abuse in pursuit of their dreams," said John C. Manly.

The settlement, which was announced Monday during bankruptcy proceedings in federal court in Indiana.

It's part of $880 million in compensation paid out to survivors that were sexually molested and assaulted by Nassar, who operated as the gymnastic team's doctor and worked at Michigan State University.

More than 500 gymnasts, including Olympic gymnasts Simone Biles and Aly Raisman, will receive part of the settlement.

The insurers of U.S.A Gymnastics, would pay the bulk of the settlement.