TAMPA, Fla. - A lawsuit accuses a prominent Tampa Catholic school of failing to teach Catholic values. Parents of two former students say changes to the curriculum at the Academy of Holy Names strayed from the education their children were promised.

A 40-page lawsuit argues the Academy of Holy Names has "lost its way" and accuses the school of "distancing itself from mainstream Catholicism." The family says they want a refund.

"The Scarpos are really not that excited about the money. What the Scarpos care about is the conservative Catholic education for their children," the Scarpos' attorney Adam Levine said.

As Levine explains, Anthony and Barbara Scarpo want the school to get back to its roots. In 2017, the couple pledged more than $1.3 million to the school with 60% to go toward scholarships for "financially disadvantaged students" and 40% to be spent on the school's master plan.

"Things were great. Then about two or three years ago, there were some things that changed in the curriculum. It became very, very liberal," Levine said.

Among their evidence is a photo of a bulletin board explaining how to be a good ally to the LGBTQ community. It was a major point of contention for the Scarpos. 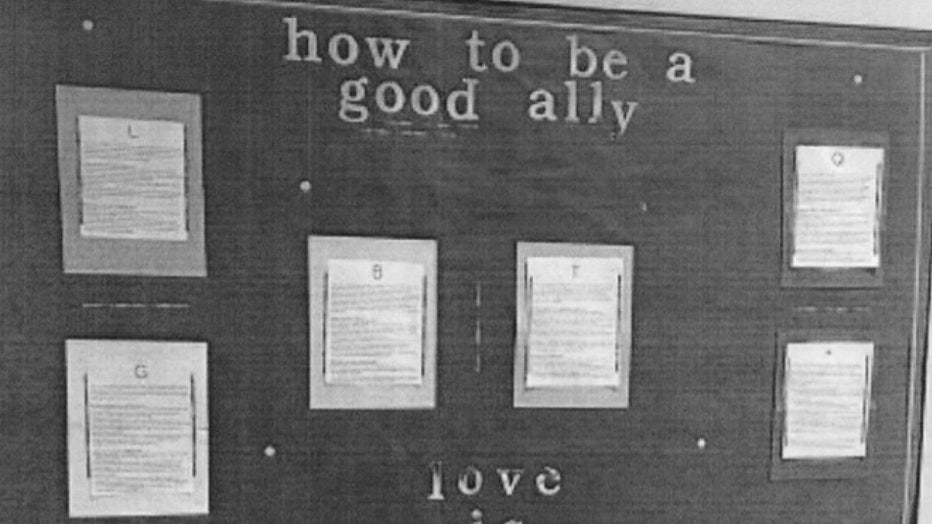 Bulletin board given as evidence in lawsuit

The suit argues the message "utterly fails to put any part of this explanation into perspective within mainstream Catholicism."

In a statement emailed to FOX 13, a school spokesperson says the claims are "false" and "unsubstantiated."

"The Academy’s curriculum is, and always has been, based on Catholic values," the statement reads.

The chair of the school's board of trustees relayed the same message in an email sent out to alumni Wednesday morning. He assured them the school's new president will "work to continually evaluate the health and efficacy of the school."

"If necessary, we are prepared to defend ourselves in court," the letter reads.

Levine says as of right now, the school is still in the process of formally being served. Once the school is served with the lawsuit, he anticipates its attorneys will file a motion to dismiss the suit. It would then be up to a judge to decide whether to grant the motion or move forward with a trial.