TAMPA, Fla. - The Stanley Cup is often referred to as the hardest trophy to win in all sports. Sixteen wins over the course of four grueling best-of-seven series is the technical requirement, but 2020 is different.

"If anything you could make an argument that this year is going to be harder to win than it ever has been," Lightning center Alex Killorn said.

The NHL is attempting a modified Stanley Cup Playoffs after the COVID-19 pandemic forced the sport to pause its regular season back in March. If playing in a bubble with no fans isn't difficult enough the Tampa Bay Lightning, and the 23 other qualifying teams have a matter of weeks to get playoff ready after a four-month layoff. 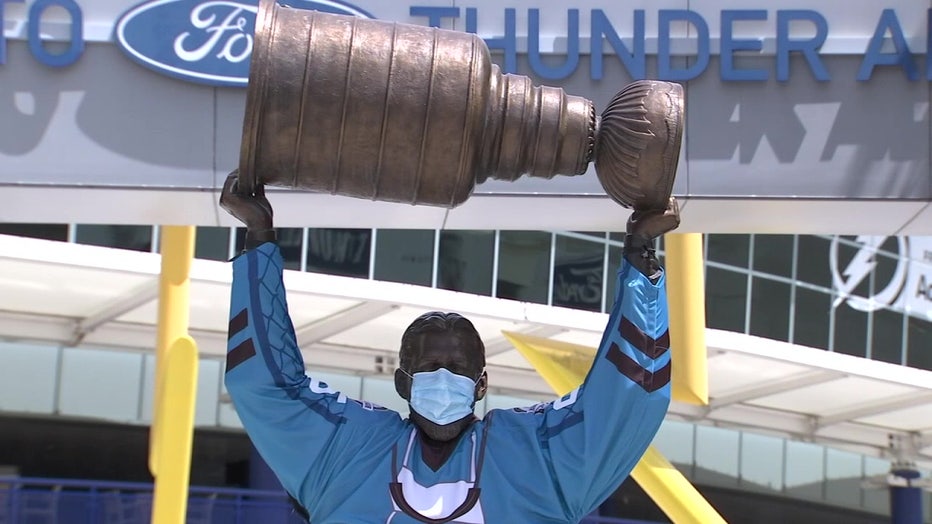 "(It's) a different normal, but a new normal," Lightning defenseman said. "For us, it's a matter of getting into that playoff mentality right away so you've got to have that mentality going into practice."

That means physicality, and intensity in "Playoff Training Camp" is about to amped up.

"As we slowly progress ... the practices will get harder," Lightning head coach Jon Cooper said. "You just can't run flow practices. You can't run no-touch (drills) the whole time because at some point someone is coming after you, and you have to be prepared for it."