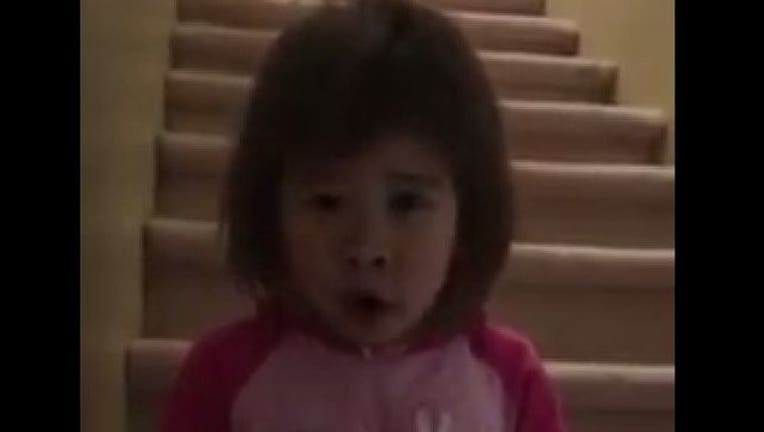 FOX 11 - A little girl's wise message to her parents asking them to get along is being shared across the world.

A video of a girl named Tiana was uploaded to Facebook last week by her mother, user Cherish Sherry, and has been viewed more than 7 million times.

The little girl asks her parents to just be nice to one another after an argument.

"I’m not trying to be mean," she says calmly. "I just want all of us to be friends, and if I can be nice I think all of us can be nice too."

According to the post, Sherry had been fighting with Tiana's father when the little girl spoke up. Sherry said she gave the speech to both of them.

The mother posted in part: "I was stunned by it! She is teaching me!! ...And this is part of it as didn't think she could think like that!! She brought me tear[s] and feel guilty"