Artists to host auction to benefit people of Ukraine

SARASOTA, Fla. - Artist Violetta Chandler paints a scene on St. Armands Circle in Sarasota. As her hand guides the brush, her heart goes out to the people of the country in which she was born: Ukraine.

"One of my friends’ father just died from a heart attack because they don’t get medical support there," said Chandler.

She came here 27 years ago, and though she’s painted Ukraine’s symbolic sunflowers many times before, the direction the flowers are facing in her painting has never meant so much.

"Facing west to me means support is coming from the West and there is lots of hope," said Chandler.

She and other local artists have scheduled an auction on May 20 at Art Avenue, a gallery on Main Street in Sarasota. 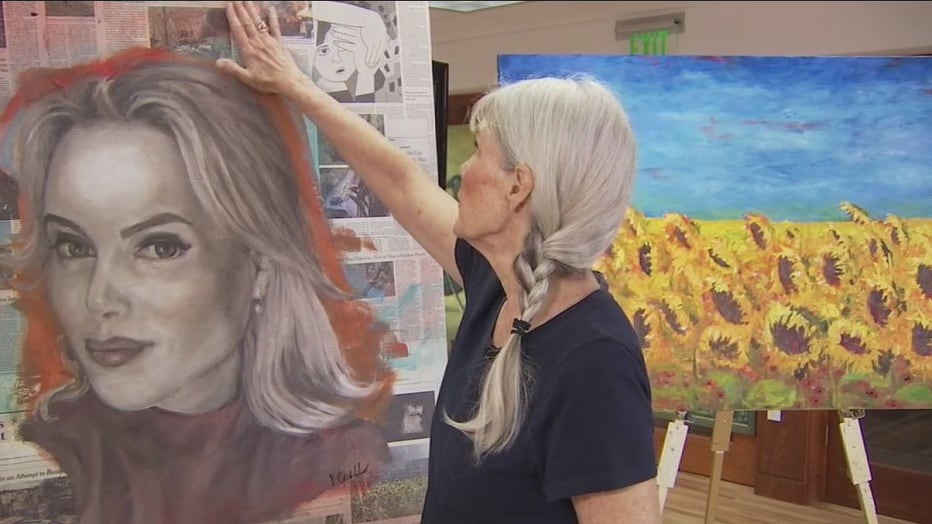 A piece by artist Vicki Chelf sits on an easel there. It’s an unusual combination of a mural and an oil painting, part of series of works she’s created on women in war.

READ: How the war in Ukraine could send brewery prices soaring

Chelf's piece pays homage to Russian journalist Marina Ovsyannikova, who walked onto a TV newscast holding a sign with the words "No War" written on it.

"You feel better about situations you can’t control if you feel like you can do a little something," says Chelf.

They hope to raise thousands of dollars to help the people of Ukraine at the benefit auction. The event is Friday, May 20, from 6-9 p.m. at Art Avenue, 1440 Main Street in Sarasota.