LAKELAND, Fla. - Polk County deputies say a 54-year-old man went looking for underage girls to have sex with, even leaving handwritten notes with his phone number at a Lakeland church.  What he didn't expect was for the pastor to get ahold of them first.

The pastor tricked the man into thinking he was texting with a teen girl just long enough for deputies to arrive.

"It's one of those crimes that leave you shaking your head. You can't make some of this stuff up," said Polk County Sheriff Grady Judd. "I hope that you leave notes with your phone number. It makes it a lot easier for us to catch you."

Pastor Gregory Walker of Fuel Church in north Lakeland was alerted about the two handwritten notes taped to the girls' middle and high school youth group buildings. According to PCSO, the person who wrote the notes asked the girls for their names, ages, pictures, and what they like to do. The note said, "any age" underlined twice.

"Of course, the guy texts right back and he wants to know what all she wants to do and who she is and her picture and that sort of thing," Judd said.

Investigators say the suspect identified himself as "Richard." He asked if "Abbey" wanted to sleep with him and said he was at Circle K right across the street.

The pastor and another church employee spotted the man standing near a ditch and were able to watch him reading and responding to the text messages. "Richard" said he was 18 before admitting he's actually 54.

After Pastor Walker contacted the Polk County Sheriff's Office, a deputy took over the texts. Soon after, they put cuffs on the man, whom they identified as Richard Lansford, a registered sex offender out of Texas with a history of crimes involving minors. 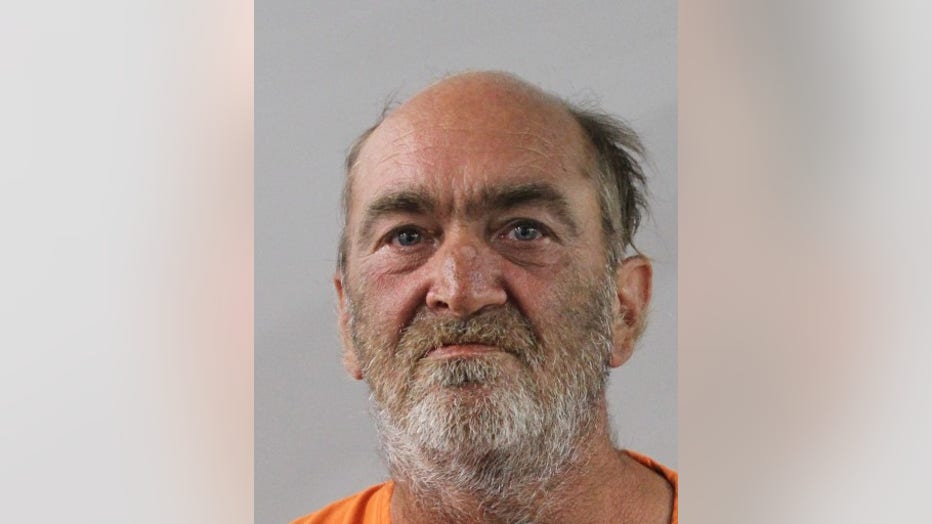 "As you can see, he’s a nasty looking rascal and we locked him up in the county jail," Judd said while holding up his mug shot. "It's obvious he doesn't keep up with the times or he would know this is the last county in the entire United States he should come to."

Lansford allegedly admitted that he was "stupid" for doing this and is "sorry." He remains in the Polk County Jail facing four felonies.

Though the pastor declined to speak about what happened, Sheriff Judd said he's thankful for his quick actions, doing exactly what deputies would've done to stop someone preying on kids.

"I asked, did anybody give him an application?" Judd said. "We love deputies that are proactive, but he was going to protect those young ladies at church. He was going to see if this was for real. And he did that before he bothered us."

Judd continued, "The beautiful thing about Polk County is, I say it over and over is, we're not in this effort alone. Our community helps us every day. And that's why we've got this 49-year low crime rate because the community helps. That's a perfect example."