TAMPA, Fla. - Imagine living most of your life thinking you're an only child, only to realize you have not one, but two siblings. This was the case for Mel Adler, who got to meet his two brothers for the very first time Tuesday night at Tampa International Airport.

It's a reunion decades in the making.

"I always knew that there would be pieces of me somewhere," Adler said.

Adler, who was adopted as a baby, never knew he had any biological siblings until his daughter took a 23andme DNA test.

"My daughter called me and said, 'Hey, you know you're not going to believe this. Sit down. I found an uncle,'" Adler recalled.

The uncle she found was Todd Niesen. 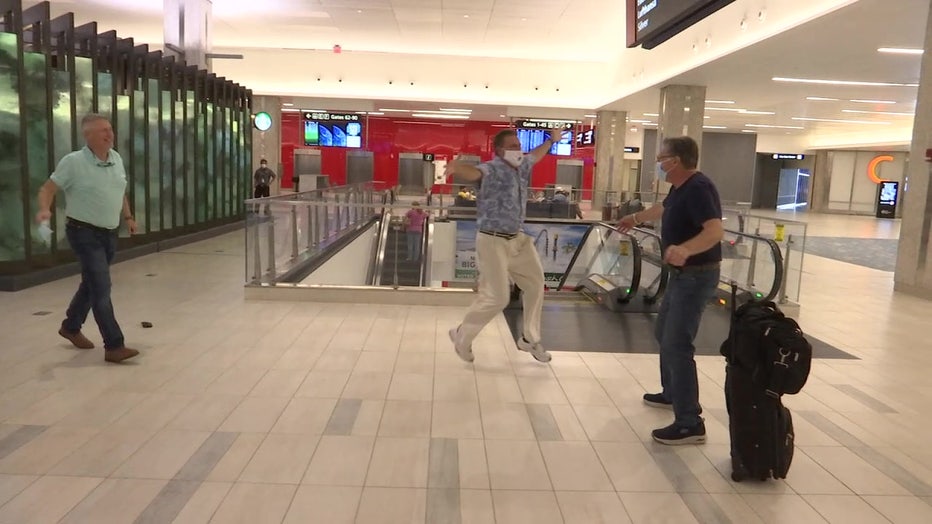 "I'm just really excited. This is going to be a cool next chapter in all of our lives," Niesen said.

RELATED: Man meets birth mother for the first time thanks to DNA test

Niesen and Randy Bartlien, who now lives in Bradenton, are brothers who grew up together in Wisconsin...

"One of the most shocking things about this whole discovery was that I was no longer the oldest child," Bartlien said.

RELATED: For first time ever, four reunited siblings will be together for Thanksgiving

Both were raised by their mother Elaine. Their father passed away when they were kids. 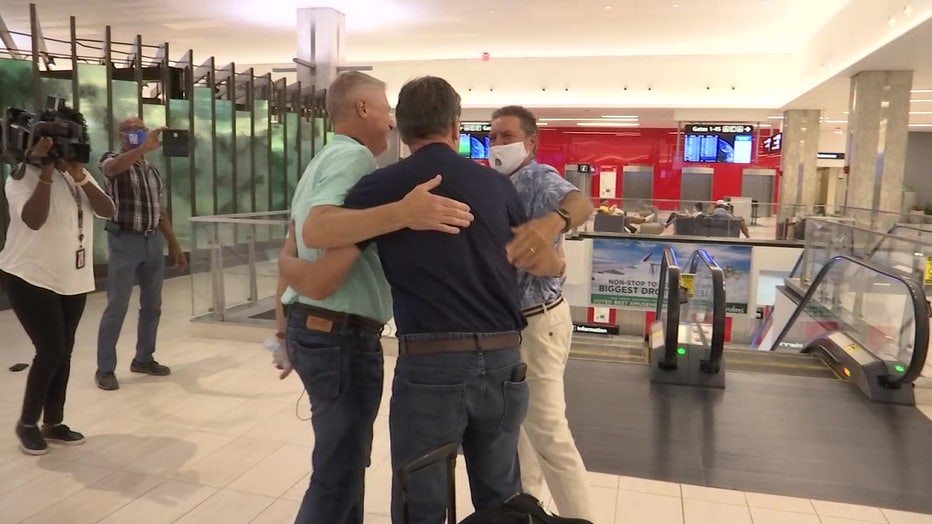 "I think if she were alive she would be really upset. I think she would be embarrassed. Like I can't believe this happened," Niesen said.

He says that's because years before either was born, their mother had Mel and put him up for adoption. Elaine passed away in 2016 before telling her two sons they had an older brother by the same father.

"Assuming she is where I think she is and that she has a better view of the world, she's probably smiling. And I'm pretty certain our father is smiling too," Niesen said.