Faith gets TPD officer through the tough times

TAMPA, Fla. - Leaving the Tampa Police Department is a walk that TPD officer Ferdinand Barbossa knows well. He's been doing it for more than 20 years.

"If I were to go back and say, you know, 25 years ago, go back in time and talk to myself, I would still say go into law enforcement. No regrets whatsoever. I love the job."

It’s a love that started 47 years ago in a small town in New Jersey.

"I grew up in a town called Passaic, New Jersey. It's in Passaic County, North Jersey. It's a predominantly urban area right now. It's predominantly a Hispanic city. It's only three square miles, but it's got like 80,000 residents. I mean, everybody's packed up on each other in the town." 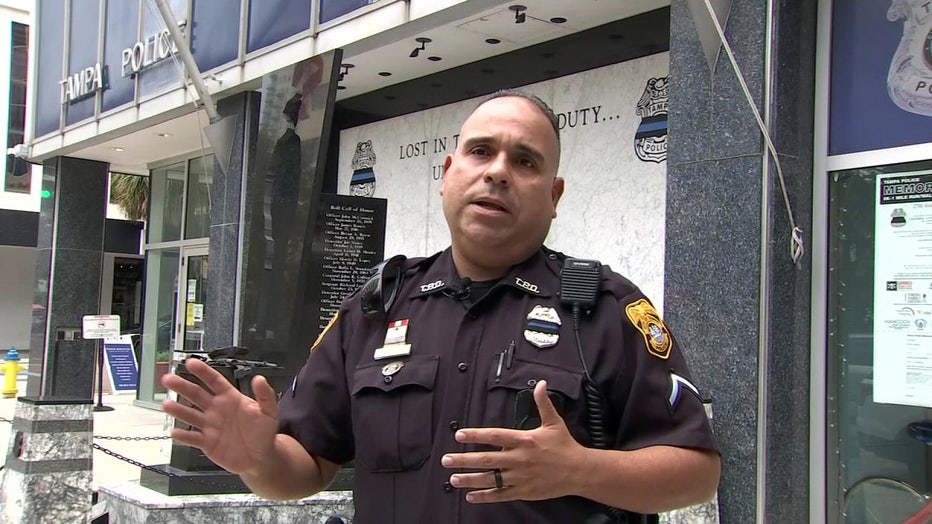 "I double-majored in criminal justice and history. And then I minored in Latin American history. And I did a concentration in Puerto Rican studies and Afro Caribbean studies."

He decided to pursue a career in law enforcement but wanted to get away from the cold northern winters.

"My brother was working down here, so he's like, you know, ‘Come down to Tampa. Great weather. We have a great agency.’ I tested down in Tampa and within two weeks I got a notice from Tampa that they were going to hire me."

Officer Barbossa says his strong Christian upbringing is useful on the police force.

"It was always right and wrong. You always stick with the right. And through all my life, I practiced that. I followed that."

His goal is to lead others down that same righteous path.

Officer Barboosa believes that he is not a law enforcement officer by chance.

"Certain people go into the ministry and become pastors. It's a calling. I definitely believe the law enforcement and the military is a calling. You feel that urge inside of you and it's something that drives you to be something that you want to be."