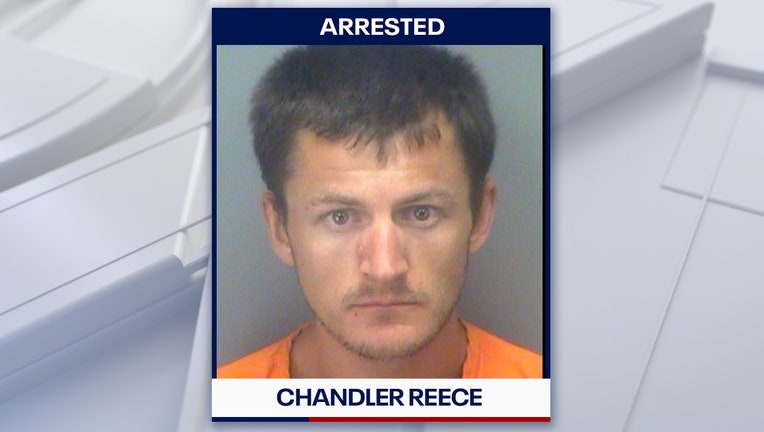 CLEARWATER, Fla. - A Lutz man claimed he didn't do anything wrong when he exposed himself to a mother and her young daughter at Sand Key Park, according to Clearwater police.

Officers said a mother and her 3-year-old daughter were spending time on the beach Thursday when 26-year-old Chandler Reece exposed himself to them. The incident occurred around 5:30 p.m. Thursday.

"When the two retreated to their car so the mother could call police, he followed them and continued to expose himself even as she was on the phone with police," the agency said.

When officers arrived, he told them he wasn't doing anything wrong and "just needed to pull his pants up."