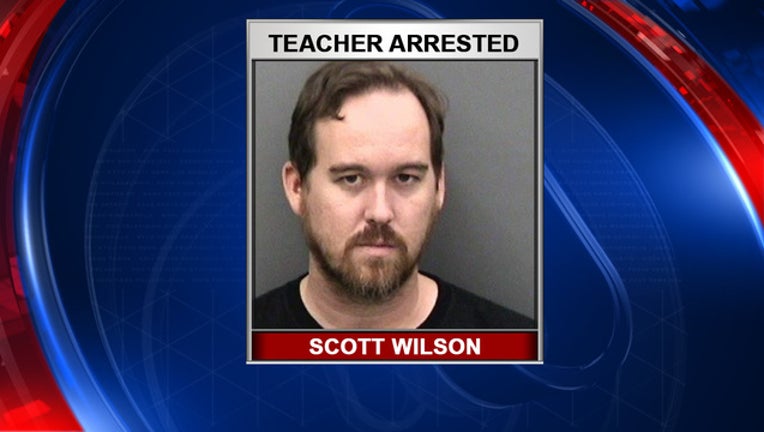 Deputies said the mother of the 14-year-old victim discovered the sexually-explicit messages from the suspect, 36-year-old Scott Wilson, on Snapchat. Wilson is a teacher at Learning Gate Community School in Lutz, where investigators said he met the child, however, she no longer attends the same school.

His arrest affidavit said the conversations occurred between May 24 and July 13, and the messages described sexual acts. The girl eventually told Wilson she was uncomfortable with the conversations, detectives said.

When detectives interviewed him, Wilson admitted to having the conversations, as well as knowing the victim's age, according to officials. He was arrested Thursday and faces a charge of distributing obscene material to a minor. He was released on bond early Friday morning.

Detectives said they do not believe there are other victims. There is no word on his employment status with the school.