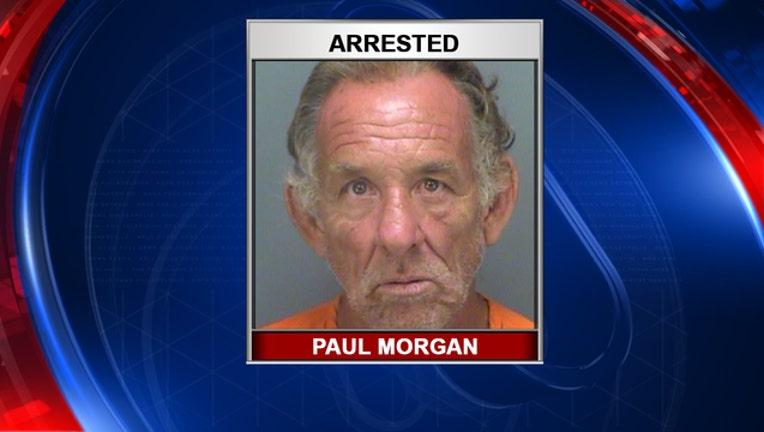 The Pinellas County sheriff's Office said the little girl was playing in a neighbor's front yard with two other children Saturday afternoon.

That's when investigators said 63-year-old Paul Morgan approached the girl and asked to see her panties.

When she refused, deputies said Morgan grabbed the girl and dragged her to the backyard of the home, where he lifted up her skirt and touched her over her underwear.

The girl's friends, ages 4 and 6, both followed and tried confronting the man. The sheriff's office said Morgan grabbed the 4-year-old girl by the shoulder and pushed her as she was yelling at him to stop.

During the struggle, the 9-year-old girl was able to break free and run away.

Her mother called 911 and tried to confront Morgan as he ran from the scene on foot.

Deputies soon found Morgan walking in the area and arrested him.

The sheriff's office said Morgan suffers from an intellectual disability and is a resident at the Harbor Point Assisted Living Facility in Safety Harbor.

He has been charged with kidnapping, child abuse and lewd and lascivious molestation.