Video taken during Black Lives Matters demonstration in Whitestone shows the man abandon his SUV in the road take out what appears to be a multi-bladed weapon. 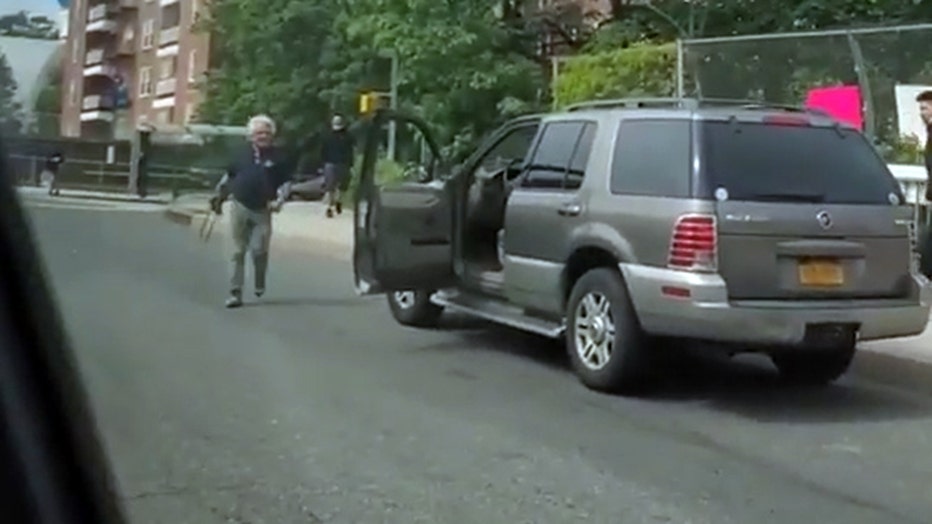 Another view shows the man chasing protesters and yelling, “You want to throw [expletive] at my car?”

After returning to his vehicle, the man drives onto the sidewalk, sending protesters scattering into the road.

Detective Denise Moroney of the NYPD told the Queens Daily Eagle that police launched an investigation into the incident, adding that there were no reported injuries or arrests at the time of his statement.