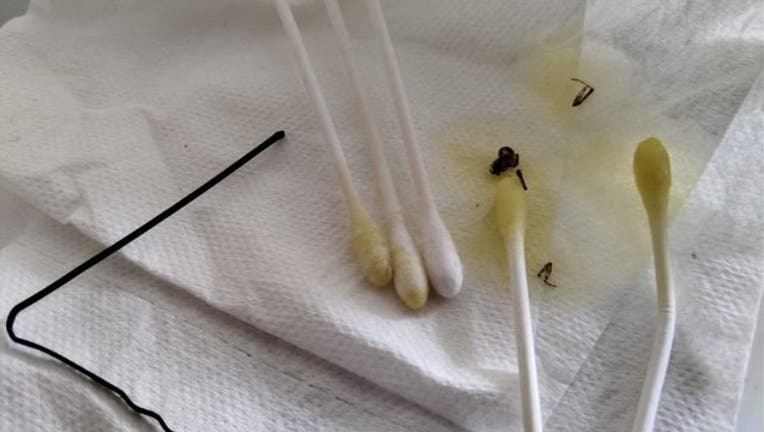 ENGLAND - A man who had to call out sick from work when he woke up with vertigo and an earache was shocked when the olive oil he was using to ease the pain actually worked to coax a critter out of his ear canal that had crawled in during the night.

"I put a couple of drops of olive oil in my ears and decided to go back to sleep for a bit – I could feel tickling in my ear, but put it down to the oil,” Liam Gomez, of Kent, England, told South West News Service, a British news agency. “When I woke up a couple hours later, I could still feel the sensation, but also hear a faint scratching sound, so I decided to investigate with a cotton bud.”

Gomez, who the night before had found a spider’s nest in his doorway, said the spider came out in one fell swoop except for one wayward leg.

“I used a hairpin and the cotton bud to retrieve the spider, making sure to count the legs coming out, then made sure to give my ear a good clean,” he told SWNS.

Gomez, who told SWNS he skipped the doctor and is hoping the spider was male, said he’s taken to sleeping with headphones on to prevent it from happening again.

“My initial reaction was just to get the bloody thing out of me as fast as possible – I was obviously revolted as I hate spiders,” he told SWNS. “Once I’d calmed down a bit I did think, ‘Well, that’s one for Facebook!’”