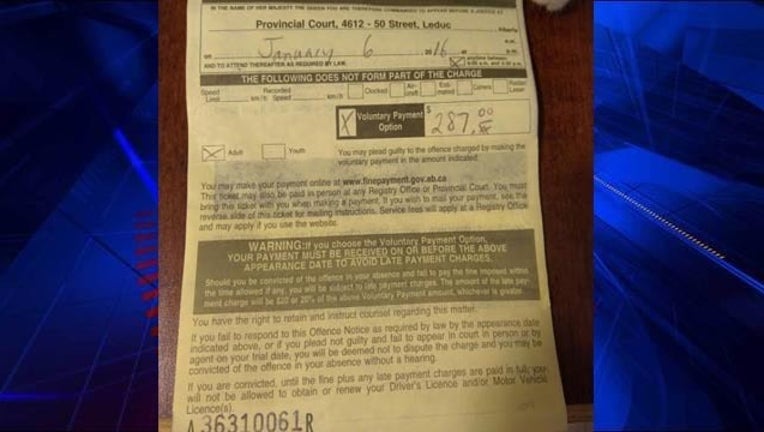 ALBERTA, CANADA - An Alberta man was shocked to find himself in trouble with the law while at a stop to grab his morning coffee.

A.J. Daoust was texting in the drive-thru of a Tim Horton's coffee shop, when he was issued a $287 ticket for distracted driving.

"I asked him, 'In a drive-thru, is this even possible?' " Daoust said to CBCNews Edmonton, who believes the officer was also waiting in the drive-thru line, inside an undercover police car.

The officer let Daoust pull out of the drive-thru before handing him his citation.

"He was definitely within his right, but to me this is ridiculous. It's just kind of heavy-handed." Daoust said in an interview with CTV Edmonton.

"Once he gave me the ticket, I was absolutely livid. He got an earful from me."

The Alberta Highway Traffic Act restricts drivers from using a hand-held cell phone, texting or emailing while behind the wheel. The legislation applies to drivers on publicly and privately-owned property that drivers are permitted to use for the passage or parking of vehicles.

Daoust is planning to appear for his court date, but doesn't believe he will be able to have the fine reduced.