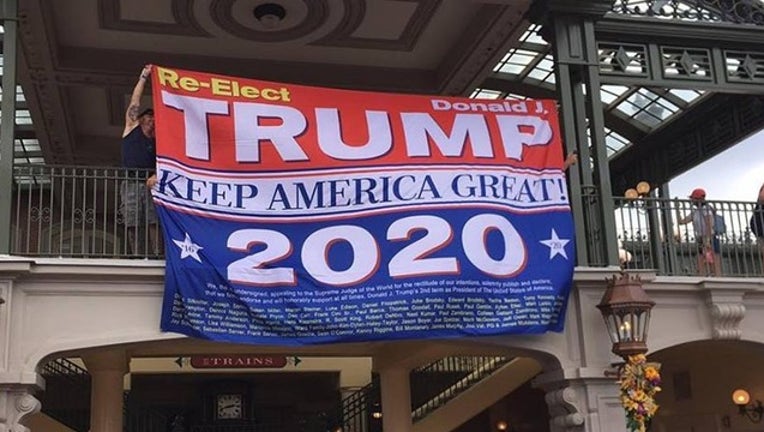 The banner, which says 'Re-Elect Trump' and 'Keep America Great 2020,' is hung for everyone to see in the middle of the park. The woman who shot the video, Jessika Santiago, says that two men unraveled the banner right outside of the Main Street Railroad Station.

Some people stopped and stared, others yelled, but eventually, a cast member had the men take the banner down.