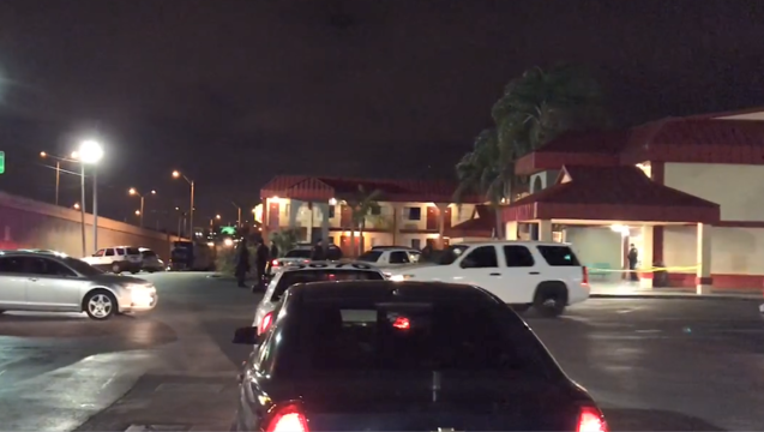 CLEARWATER (FOX 13) - Clearwater police are investigating a fatal shooting at the Super 8 motel.

Shots were fired shortly before 9:30 p.m. at the motel on Coachman Road at US 19.

Police said officers found an adult male with a gunshot wound at the scene. He died early Wednesday morning after being transported to Bayfront Health St. Petersburg.

Detectives are working to determine the circumstances surrounding the shooting.

The victim has not been publicly identified.