DETROIT - A man lucky enough to get help digging his car out of the snow after it got stuck in Detroit had it stolen by the good samaritan who assisted him in the first place. 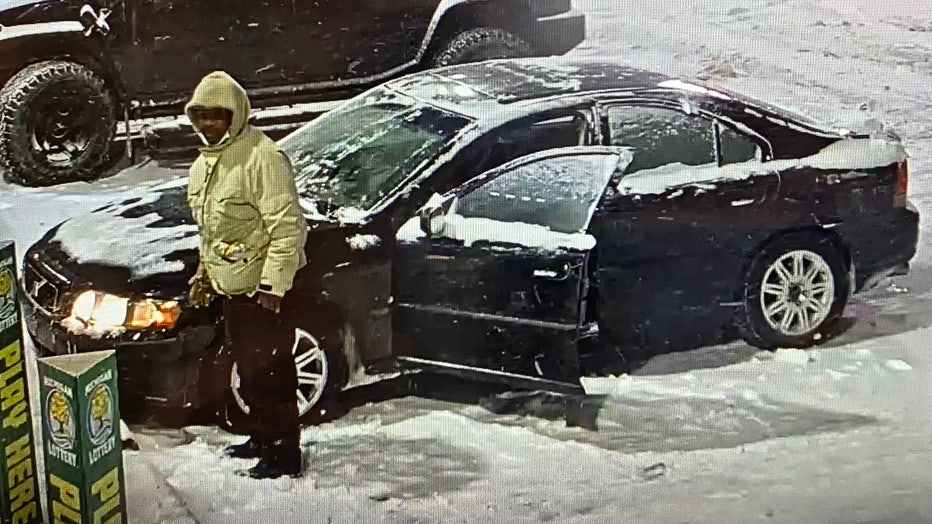 Detroit police are looking for a male suspect who stole the black Volvo after the victim drove the two to the department store.

The vehicle was recovered two days later, however, the suspect remains missing.

Eventually, he managed to free his car with the help of another man. Afterward, the suspect asked the victim to drive him to a local market in the 16000 block of W. Warren.

After arriving at the market, the victim got out of the vehicle and walked inside, leaving his car running.

Security footage shows the suspect then got out of the car, went to the driver's side, got back in, and fled the scene.

He was seen wearing a light green coat and black pants.

On Feb. 17, Detroit police discovered the stolen vehicle in the area of Rutland and Majestic.

If anyone recognizes this suspect or has information about the crime, they are asked to contact the Detroit Police Department’s Commercial Auto Theft Unit at 313-596-2555 or CRIMESTOPPERS at 1-800-SPEAK-UP.