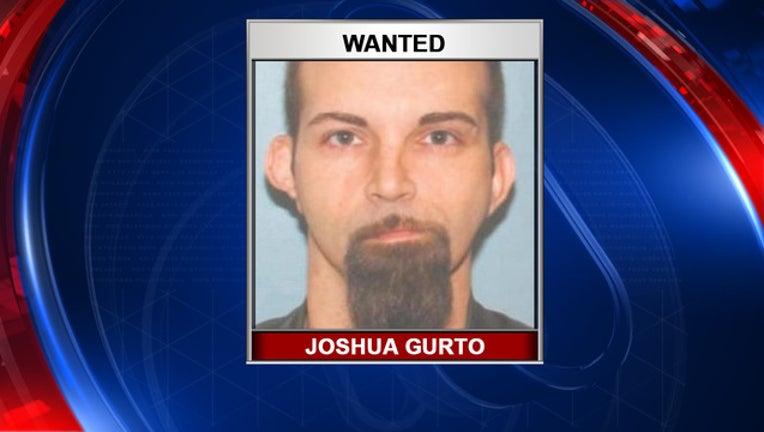 OHIO TOWNSHIP, Penn. - Authorities searching for a suspect wanted in the rape and murder of a 13-month-old baby in Ohio has been spotted in Pennsylvania, troopers say.

Pennsylvania State Police are asking for the public's help in locating Joshua Dale Gurto, 37, who was last seen around 4:30 p.m. Wednesday at a gas station on Mt. Nebo Road in Ohio Township, Pennsylvania.

Gurto has a deformed right ear and a misaligned jaw, and has tattoos on his right forearm.

Any motorists who spotted him walking along Interstate-79 between Neville Island Bridge and Wexford between 4:30 p.m. and 7 p.m. Wednesday are asked to contact Pennsylvania Crime Stoppers at 1-800-472-8477.

The 13-month-old girl died after being found with blunt force to her head and body at a home in Conneaut, Ohio on October 7 and an arrest warrant was issued for Gurto.

Police believe Gurto was the boyfriend of the baby's mother.