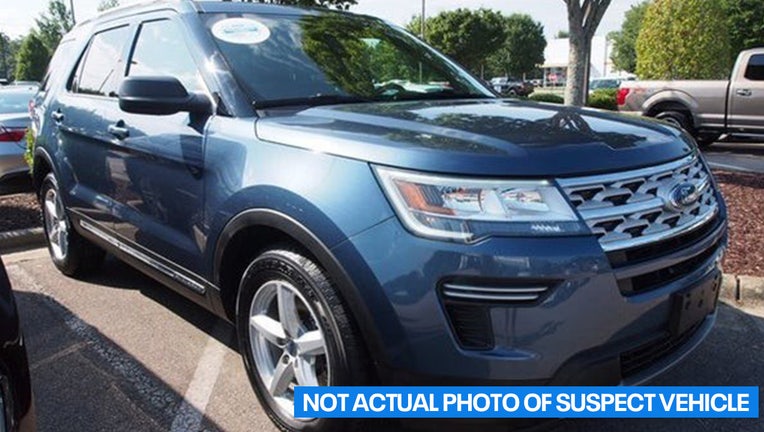 Manatee County deputies provided a photo of this vehicle as an example of the suspect's SUV.

SARASOTA, Fla. - Deputies in Manatee County are searching for an unidentified person who recently pretended to be an officer by performing a traffic stop.

The sheriff’s office said the incident occurred around 6:30 a.m. on Dec. 14. The fake traffic stop occurred near 8131 15th Street East in Sarasota.

The suspect is described as a black male between the ages of 40 and 50. He was possibly wearing eyeglasses and armed with a handgun. The vehicle was described as a light blue newer model Ford Explorer with security lettering on the driver’s side door.

There were Tampa Bay Buccaneer flag logos on the front-door displays and a wheelchair rack on the rear of the vehicle.

Officials said the vehicle had red and blue lights on the dash and it’s possible the suspect came from the Sarasota area given the victim’s direction of travel.

Anyone who may have information or experienced a similar encounter is asked to call the Manatee County Sheriff’s Office at 941-747-3011.