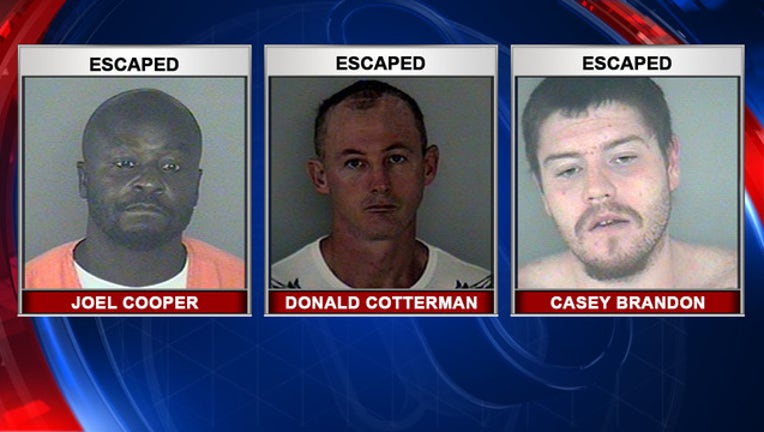 Wakulla County authorities announced on Friday, Joel Teraill Cooper, Donald James Cotterman and Casey Martina Brandon, escaped the county jail through a “breach” in the ceiling of the library, and made their way across the building to an exit point. The escaped occurred just after midnight.

It appears they are no longer in the area, county officials announced on Sunday. Deputies said they are considered to be dangerous individuals, but it’s not known if they are armed.

- Donald James Cotterman, 44: described as a white male, 5’11” tall, weighing 156 pounds, and was charged with burglary, criminal mischief and weapon possession. He is also a registered sex offender.

Florida High Patrol, Leon County Sheriff's Office, Department of Correction and the Florida Department of Law Enforcement are assisting in the search.