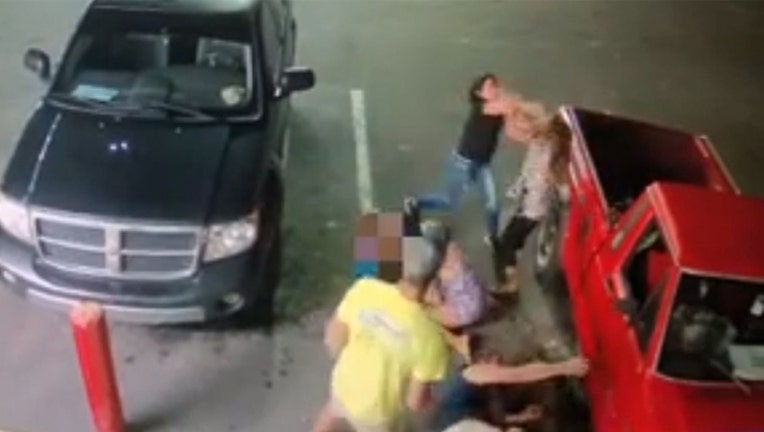 Silver Springs, Fla. (FOX NEWS) - A seemingly-random attack by two teenagers on four people -- including an 11-year-old girl -- at a Marion County gas station last month was caught on surveillance video and released by authorities this week.

The Marion County Sheriff's Office said the incident happened on Sept. 22 at a Circle K gas station in Silver Springs, located about 75 miles northwest of Orlando.

In the video, a woman is seen standing next to a truck when she is confronted and attacked by 18-year-old Julia Napiontek, according to police.

The woman's 11-year-old daughter is then seen getting out of the vehicle's passenger seat before also getting attacked by Napiontek, who throws the girl to the ground and punches her repeatedly.