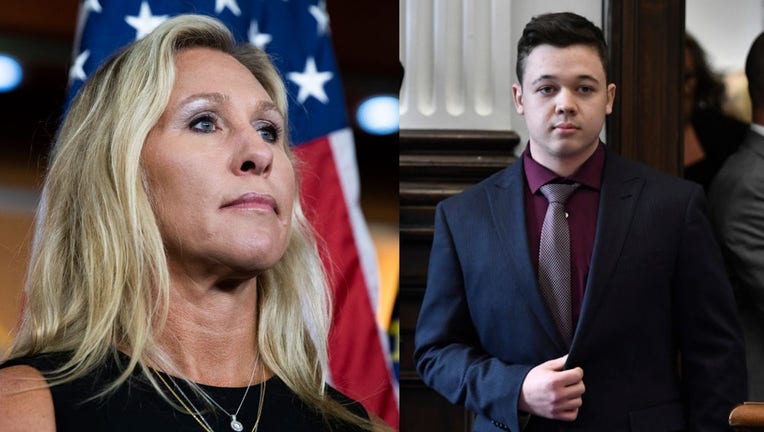 The medal is the highest award from Congress and is given for distinguished achievements and contributions by individuals or institutions.

Rittenhouse was acquitted of all charges on Nov. 19 after testifying he acted in self-defense in the deadly Kenosha shootings that became a flashpoint in the debate over guns, vigilantism and racial injustice in the U.S.

The teenager had been charged with homicide, attempted homicide and reckless endangering for killing two men and wounding a third with an AR-style semi-automatic rifle in the summer of 2020 during a tumultuous night of protests over the shooting of a Black man, Jacob Blake, by a white Kenosha police officer.

RITTENHOUSE SAYS HE'S ‘NOT A RACIST PERSON,’ BACK BLM IN FOX NEWS INTERVIEW

Kyle Rittenhouse found not guilty on all charges

Kyle Rittenhouse was acquitted of all charges Friday after pleading self-defense in the deadly Kenosha shootings in the summer of 2020.

Rittenhouse, a then-17-year-old former police youth cadet, said that he went to Kenosha to protect property from rioters but that he came under attack and feared for his life. He is white, as were those he shot.

Greene's resolution says the teen protected the city during what she called a "Black Lives Matter riot."

The measure requires two-thirds of Congress to approve it.

If it's approved, Rittenhouse would join a list of recipients that includes people like Mother Teresa, George Washington, and Nelson Mandela.