MULBERRY, Fla. - Detectives said a husband and wife used their roles on the board of a Mulberry youth baseball league to steal thousands of dollars.

James was the president of the Mulberry Dixie Youth Baseball League between August 2017 and June 2019. In May 2018, the volunteer treasurer told detectives James was argumentative and made excuses when asked to provide receipts for his transactions.

Eventually, the volunteer removed herself, detectives said, and James appointed Elizabeth as vice president and treasurer for the league. It was a move that violated the league's bylaws because a third person needed to be an authorized signer for the bank account.

League members tried to vote and remove James as president, according to the sheriff's office, resulting in the fall league being canceled between November 2018 and January 2019. Parents ended up removing their children from the league and enrolled them in other local baseball leagues, officials said.

There were attempts to restart the league in spring of 2019, but James canceled the spring league, detectives said. Parents asked for their money back and were slowly reimbursed, they added. 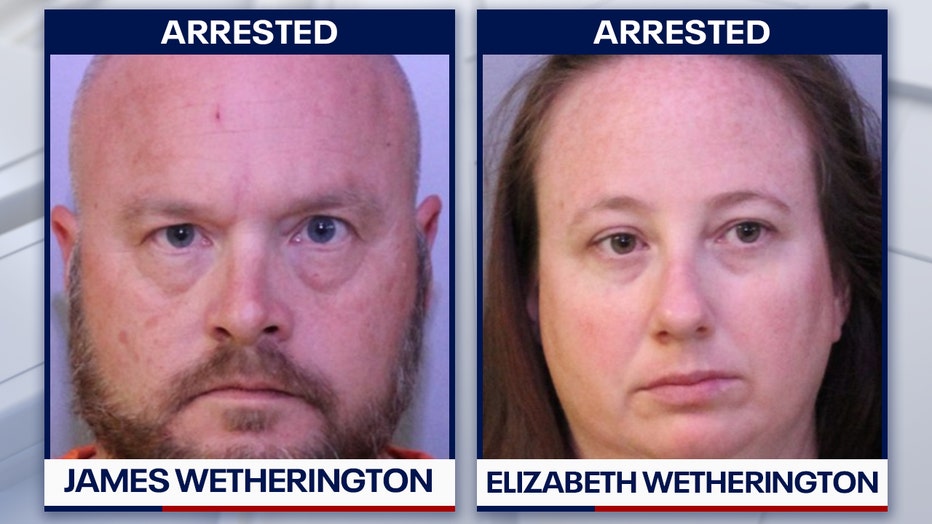 When a new president was being transitioned into the youth baseball league, officials said James refused to give his replacement access to the league's bank account. Instead, detectives said James closed the account and gave the president two checks from the money left in the savings and checking account, and said to open a new account.

Detectives said the new president requested a CPA for a forensic audit of the previous account, which led to the discovery of suspicious bank activity.

"It boggles my mind that people like this steal money from children. It's
shameful," said Sheriff Grady Judd in a statement. "Unfortunately, we see this kind of fraud too often--people entrust volunteers to manage these sports leagues ethically and legally. But sometimes they don't."

"The Wetherington's violated the trust of children and parents and the violated the law," Judd added. "We strongly encourage these organizations to be transparent and open regarding expenditures, and keep and enforce strong safeguards regarding spending."