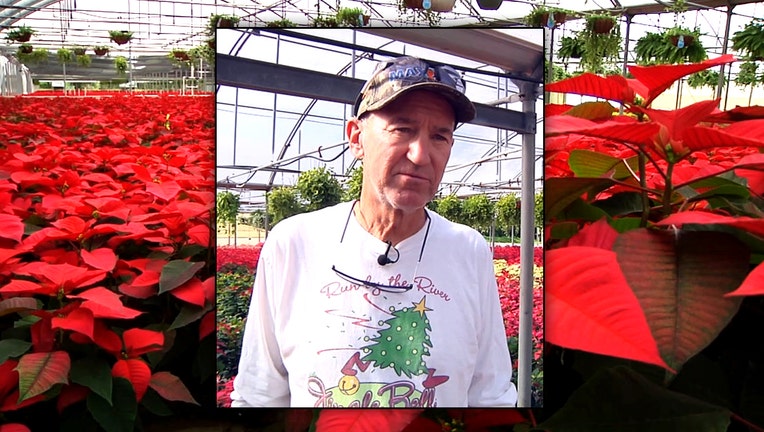 BRADENTON, Fla. - Marty Orban, known for being part of the family that owned Orban Nursery in Bradenton, Florida for decades, has passed away, according to a statement issued by his son.

“I am heartbroken to share that my dad Marty Orban passed away Wednesday night after four difficult years of battling cancer. He ran Orban's for over forty years, so I know that this loss reaches far beyond our family.”

Tyler Orban is the current owner, and the fourth generation of Orbans to run the poinsettia nursery.

“Over the past seven years (even more if you count my entire childhood) I’ve been lucky enough to work alongside my dad and learn from him,” he said in a statement. “I aim to continue his legacy and provide the same quality and support that he always did.”

The family said they hope the public will honor Marty’s memory by attending their annual Open House on November 30.

“This was always his favorite time of year and it would mean a lot to our family,” the statement read.

Information on his memorial will be released at a later date.

Orban's Nursery has been around since 1914. The nursery grows 14 acres of the colorful plants, which is nearly 200,000 poinsettias. During their open house, people can stop by, take photos and buy a plant or two.

Tyler's grandfather began growing them in Cleveland, Ohio, but then started growing poinsettias in Florida to bring them up north and beat competitors to the market. Eventually, demand for his plants grew in the Bay Area, so he decided to stay and opened the nursery.

LINK: Learn more about Orban's Nursery by visiting their website.