NAPLES, Fla. - Talk about par for the course.

A massive 10-foot long alligator was recently spotted on camera interrupting a golf outing in Florida.

The gator, described by one media outlet as "dinosaur-sized," was spotted walking along a course in Naples, Fla., seemingly without any interest in the golfers looking at the enormous reptile.

This is not the first time in recent memory that alligators have been spotted on a golf course in the southern part of the U.S. 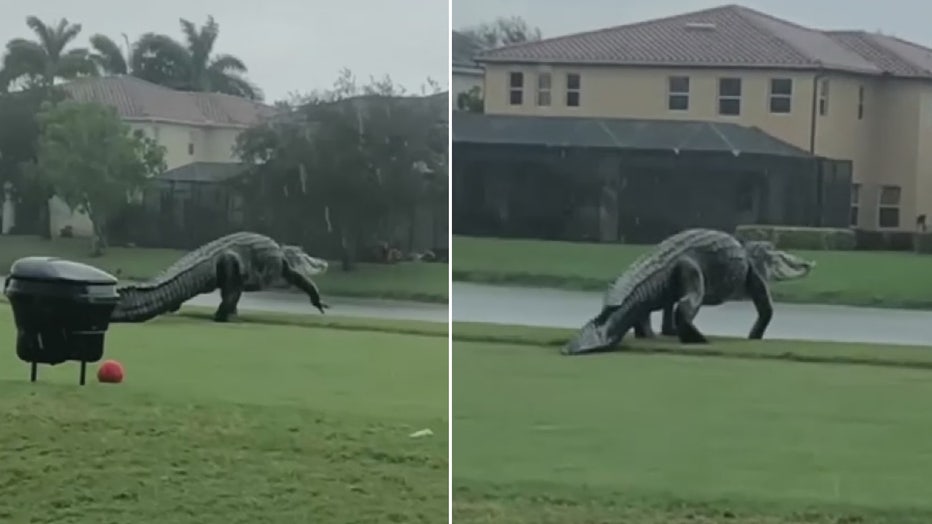 In May, a group of golfers in Hilton Head, S.C., filmed what appeared to be a fight to the death between two massive alligators, telling local media the encounter lasted approximately two hours.

In August 2019, a 7-foot gator crossed paths with a golfer in Florida, prompting the man to remark, "Golfing in Florida is just different."

A few months prior, in April 2019, a separate gator was spotted at another course in Hilton Head, S.C.,  scurrying along that caused one golfer to quip, "He's running late for his tee time."