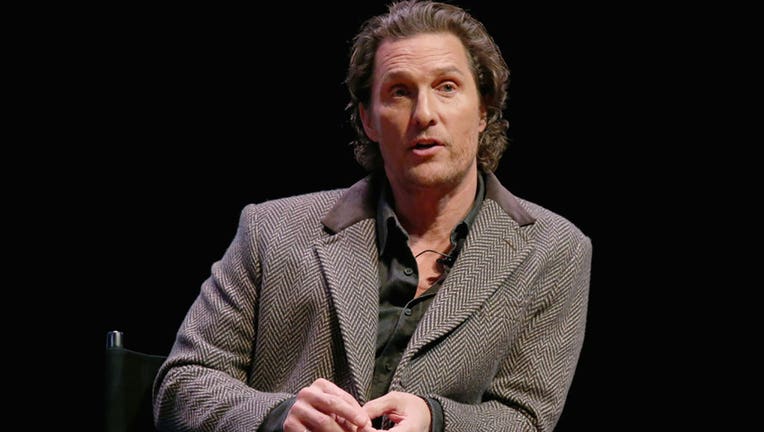 Matthew McConaughey said he would need ‘more information’ before he would mandate vaccines for children. (Photo by Gary Miller/Getty Images)

Matthew McConaughey is speaking out on mandating vaccines for his children.

The issue has become a hot-button topic since a vaccination against coronavirus was made widely available early this year for adults.

In recent weeks, developers have been working toward making the vaccine available to children, prompting questions about whether such a vaccine should be mandated for kids.

Speaking at The New York Times' DealBook summit, the 52-year-old actor expressed hesitancy to require his children to get the vaccine.

MATTHEW MCCONAUGHEY ON HIS POTENTIAL POLITICAL CAREER: ‘I’M MEASURING IT’

"I couldn't mandate having to vaccinate the younger kids," he said. "I still want to find out more information. … There will come a time where you're going to have to roll the dice one way or the other and go: ‘Where are the numbers in my favor?’"

He also shared that as of "right now," he's not vaccinating his own children.

"Do I think that there's any kind of scam or conspiracy theory?" he asked. "Hell no, I don't."

He suggested the public "get off" such a "narrative," insisting that "there's not a conspiracy theory on the vaccines."

Health officials have begun to express confidence in the vaccine's safety for children, and just last week, the CDC authorized Pfizer-BioNTech's vaccine for emergency use in children ages 5-11. McConaughey noted that "we just said we can vaccinate kids."

McConaughey, who has floated the idea of running for governor of Texas, said he's not against vaccines but just wants "more information" about them.

He said that his 90-year-old mother, who is staying with them, is immunocompromised, prompting him to receive the vaccine. He insisted he "chose" to do it rather than do it because he was "told" to.

However, the actor's hesitancy to vaccinate his children has nothing to do with how seriously he's taken the pandemic, as he claimed he'd "quarantined harder" than his friends since last year. He also said that his family has utilized a "heavy amount" of coronavirus testing.

"I'm in a position though where I can do that, and I understand that not everyone can do that," he explained.

"It doesn't seem to open up the room for a sensible choice to be made at the right time," the "Dallas Buyers Club" star said. "I believe in this: more responsibility, more personal responsibility to make the right choices. And we got to pick context with each situation, and each person's situation, each woman's situation."