BIRMINGHAM, Ala. - Medal of Honor recipient Bennie Adkins of Alabama has succumbed to the coronavirus after a long battle.

The Vietnam War hero was 86 when he died Friday.

“We are deeply saddened to notify you that after a courageous battle with COVID-19, Command Sergeant Major Bennie G. Adkins departed this life today, with beloved family at his bedside,” according to the foundation that bears his name. 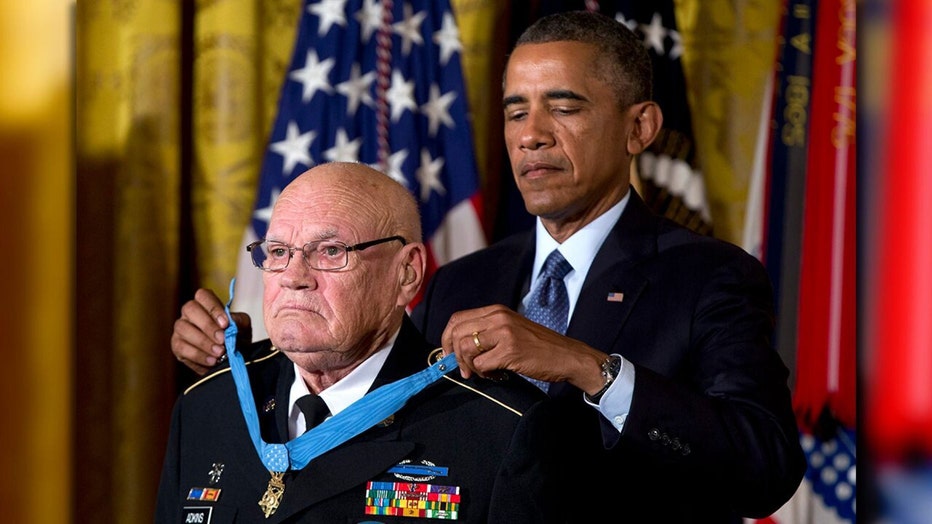 Adkins had been hospitalized in critical condition at East Alabama Medical Center after being diagnosed with COVID-19, the disease caused by the coronavirus, in late March, according to the Birmingham News.

ALVIN TOWNLEY: CORONAVIRUS STRIKES MEDAL OF HONOR RECIPIENT – WHOSE STORY IS A REMINDER OF DUTY AND SERVICE

He deployed to Vietnam three times, his heroic efforts in one 1966 battle later recognized in 2014 with the awarding of the Congressional Medal of Honor. His Medal of Honor citation in part reads:

“During the 38-hour battle and forty-eight hours of escape and evasion, fighting with mortars, machine guns, recoilless rifles, small arms, and hand grenades, it was estimated that Sergeant First Class Adkins killed between 135 and 175 of the enemy while sustaining eighteen different wounds to his body.”

“Sergeant First Class Adkins’ extraordinary heroism and selflessness above and beyond the call of duty are in keeping with the highest traditions of the military service and reflect great credit upon himself, Detachment A-102, 5th Special Forces Group, 1st Special Forces and the United States Army.” 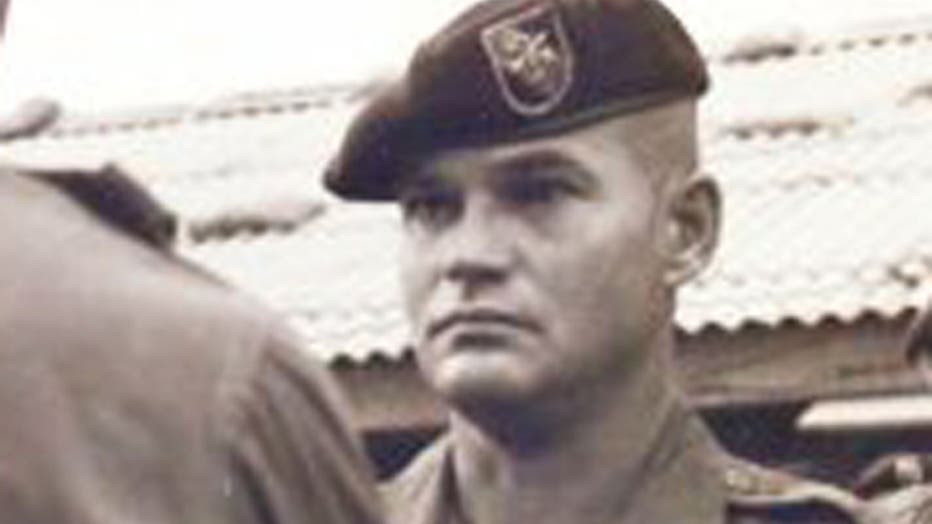 In this undated photo provided by the US Army, Army Command Sgt. Maj. Bennie G. Adkins is pictured. (AP/U.S. Army)

At the time he was awarded the Medal of Honor, Adkins told a news conference at Fort Benning that he couldn’t accept the honor alone, according to the Duncan Banner, an Oklahoma newspaper. Adkins was orginally from Oklahoma.

“What I attribute this to is not my actions, but the actions of the other 16 Americans that were with us in the battle of Camp A Shau and the five Americans that paid the ultimate price,” he said.

He was also quoted as saying, “The bottom line is that it was just not my time (to die) that day.”

His son Keith Adkins told the Opelika-Auburn News on Friday that the family was so proud of the hospital staff at EAMC.

“They worked so hard — for everybody, not just him. He was in there for three weeks, and they never quit working on him,” he said.

He said his father should be remembered not just for his heroism in Vietnam.

“We want his legacy to not only be his life in the military, but what he did afterwards; how he went on to school, gained an education, started a local business, and especially his support of the community,” the son said.

Adkins is preceded in death by his wife, Mary Adkins, and is survived by one daughter and two sons, as well as many grandchildren and great-grandchildren.