TAMPA, Fla. - A Citrus County woman is being recognized for being a die-hard Tampa Bay Buccaneers fan, representing the Bucs as the team's Fan of the Year in an NFL competition.

In her 26-years of being a Tampa Bay Buccaneers season ticket holder, Wendy Mann has not let much stand between her and game day, not even a broken-down car, on the highway, an hour from home.

"So he towed me on a hook, dropped me off in my parking spot," recalled Wendy.

The Crystal River woman’s fire for football started in high school. The Bucs have always been her team, no matter how well they were doing. 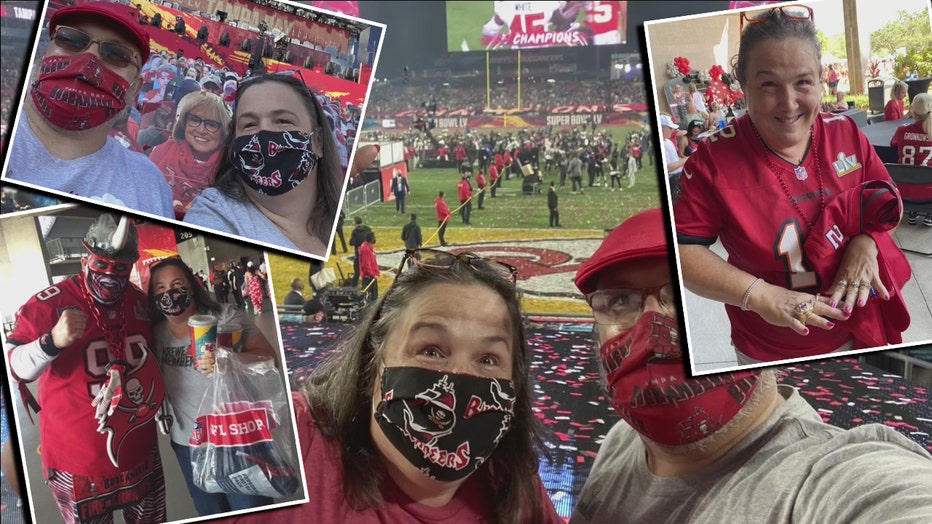 "I'm a fan of several players, but I am a fan of the team. I've seen them all come and go and I’ve been in my seats when they've been there and they haven't been there," Wendy said.

That loyalty and passion for the game landed Wendy a surprise title. She is the Buccaneers’ nominee for the NFL Fan of the Year.

"Absolutely shocked, stunned disbelief. And I kept expecting somebody to go ‘sike!’"

Just for being the nominee, the 56-year-old wins an all-expenses-paid trip for her and a guest to Super Bowl LVI in Los Angeles, plus other perks.

The NFL launched the Fan of the Year contest to celebrate extraordinary people who inspire others through their love of football and spirit. Across all 32 clubs, nearly 35,000 fans were nominated.

Wendy said she was selected by the Buccaneers from a pool of about 4,000.

"It is really emotional," Wendy said. "I feel very honored to be selected."

Wendy says she does not see herself as an over-the-top fan – just dedicated and enthusiastic – and she feels incredibly lucky.

"It's like the team appreciates me as much as I appreciate them. That's what it means," said Wendy.

She is now in the running to be named the Ultimate NFL Fan of the Year. One will be announced in February from the pool of 32 team nominees.

See Wendy Mann's page on the NFL Fan of the Year website at www.nfl.com/honors/fan-of-the-year/2021/buccaneers.