Meghan, Duchess of Sussex reveals she had miscarriage

The Duchess of Sussex suffered a miscarriage in July 2020, according to an opinion piece she penned in the New York Times.

The Duchess of Sussex, who is married to Prince Harry, said she sensed that something was not right one July morning as she was caring for Archie, the couple's son.

"After changing his diaper, I felt a sharp cramp. I dropped to the floor with him in my arms, humming a lullaby to keep us both calm, the cheerful tune a stark contrast to my sense that something was not right," she wrote. "I knew, as I clutched my firstborn child, that I was losing my second."

Markle said she laid in a hospital bed hours later, where she kissed Harry's knuckles that were "wet from both our tears."

"Staring at the cold white walls, my eyes glazed over. I tried to imagine how we’d heal," she added, according to the paper.

Markle, 39, said she was sharing her story to help break the silence around an all-too-common tragedy.

"Losing a child means carrying an almost unbearable grief, experienced by many but talked about by few," she wrote. "Some have bravely shared their stories; they have opened the door, knowing that when one person speaks truth, it gives license for all of us to do the same."

In the New York Times article, Markle goes on to describe how she tried to keep a “brave face” in the public eye. She recalled a moment last year as she was finished up a long tour in South Africa with Harry when a journalist asked her "Are you OK?"

“Thank you for asking," she replied. "Not many people have asked if I’m OK.” 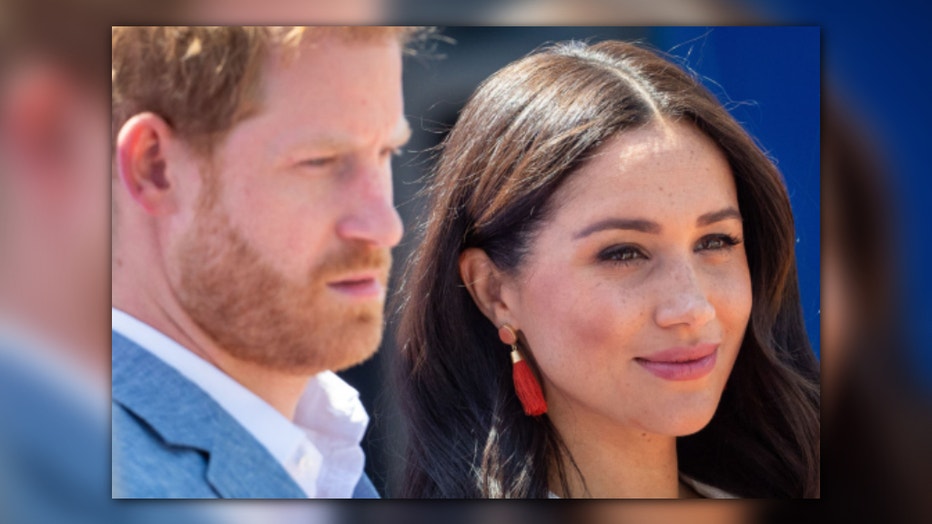 The Duke and Duchess of Sussex during a visit to the Tembisa township in Johannesburg, on day ten of their tour of Africa, to see the work of Youth Unemployment Services, which aims to create new work opportunities for young South Africans. PA Photo.

Markle deemed the question of "Are you OK?" to be important, especially in 2020, a year she said that has brought "so many of us to our breaking points."

"So this Thanksgiving, as we plan for a holiday unlike any before — many of us separated from our loved ones, alone, sick, scared, divided and perhaps struggling to find something, anything, to be grateful for — let us commit to asking others, 'Are you OK?'" Markle wrote.

Meghan, an American actress and star of TV legal drama "Suits," married Harry, a grandson of Queen Elizabeth II, in a lavish ceremony at Windsor Castle in May 2018. Their son was born the following year.

Early this year, the couple announced they were quitting royal duties and moving to North America, citing what they said was the unbearable intrusions and racist attitudes of the British media. They recently bought a house in Santa Barbara, California.