Duke Energy warns residents of people posing as their employees

ST. PETERSBURG, Fla. - St. Petersburg police are warning residents after a doorbell video captured what they say are men posing as Duke Energy employees knocking on doors and trying to get inside homes.

It started with a knock on the door then a quick pitch to try and get someone to answer.

"Umm... we're not selling anything. We just need to let everyone know what's happening with the meters for Duke," the guy in the video can be heard saying.

It's an odd encounter. The man at door is in shoes and sneakers with no uniform. He's accompanied by another man also in shorts and a t-shirt holding a camera. Behind them are three others standing behind one of the parked cars in the driveway.

"There is some kind of group going around the neighborhoods claiming to be with Duke Energy and we have no reason to believe that there," St. Petersburg Police Department public information officer Yolanda Fernandez said. 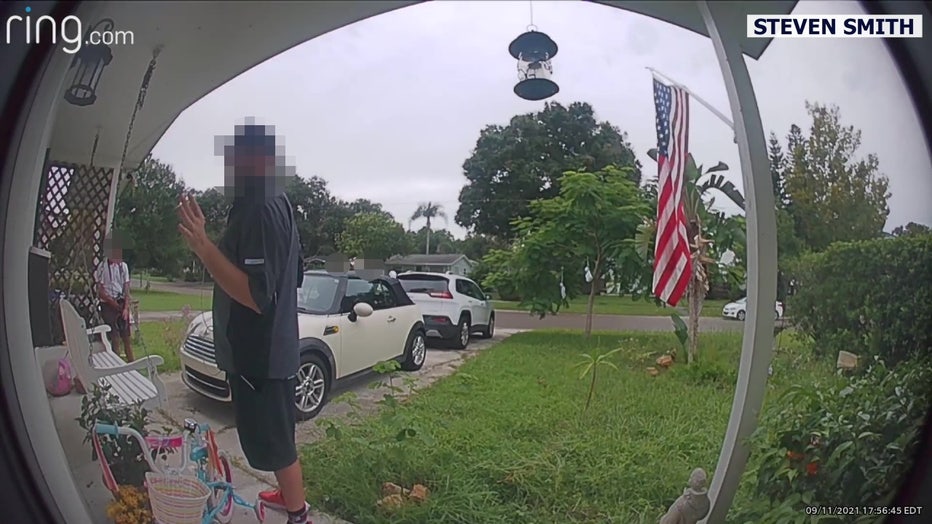 FOX 13 chose to blur their faces in the video because they are not currently being charged with any crime. The video was captured at around 6 p.m. on Saturday, which is an unusual time for a house call. Duke Energy confirmed to FOX 13 there was no crew dispatched to the area around that time.

"Um, yours is going to be on Thursday between 5 and 7," the man at the door said.

Before they left, the man offered an appointment time, which is something police say can be a tactic.

"Sometimes they use that ruse in order to find out if you're going to be home at a certain time. Maybe to come back for a burglary," Fernandez said.

St. Pete police are investigating the incident as suspicious. Investigators found at least one other neighbor who reported the same group coming to their door, but didn't let them inside.

Police say you should never let someone you weren't expecting inside your home. If you're not sure who the person is ask to see their badge or call your service provider.

"That's the safest way to do it. Don't give them any personal information. Don't make an appointment with them if you don't know who they are," Fernandez explained.