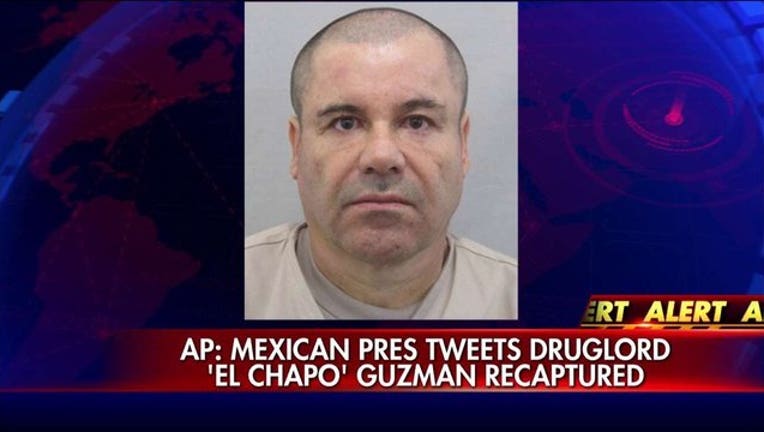 An official who spoke on condition of anonymity because he was not authorized to be quoted by name said Guzman was apprehended after a shootout with Mexican marines in the city of Los Mochis, in Guzman's home state of Sinaloa. He said Guzman was taken alive and was not wounded.

Responding to what was seen as one of the biggest embarrassments of his administration — Guzman's July 11 escape through a tunnel from Mexico's highest-security prison — Pena Nieto wrote in his Twitter account on Friday: "mission accomplished: we have him."

"I would like to inform Mexicans that Joaquin Guzman Loera has been detained."

Five people were killed and one Mexican marine wounded in the clash.

The Mexican Navy said in a statement that marines acting on a tip raided a home in the town of Los Mochis before dawn. They were fired on from inside the structure. Five suspects were killed and six others arrested. The marine's injuries were not life threatening.

Photos of the arms seized in the raid suggested that Guzman and his associates had a fearsome arsenal at the non-descript white house.

Two of the rifles seized were.50-caliber sniper guns, capable of penetrating most bullet-proof vests and cars. The grenade launcher was found loaded, with an extra round nearby. And an assault rifle had a .40 mm grenade launcher, and at least one grenade.

This story has been corrected to say that the escape was six months ago.