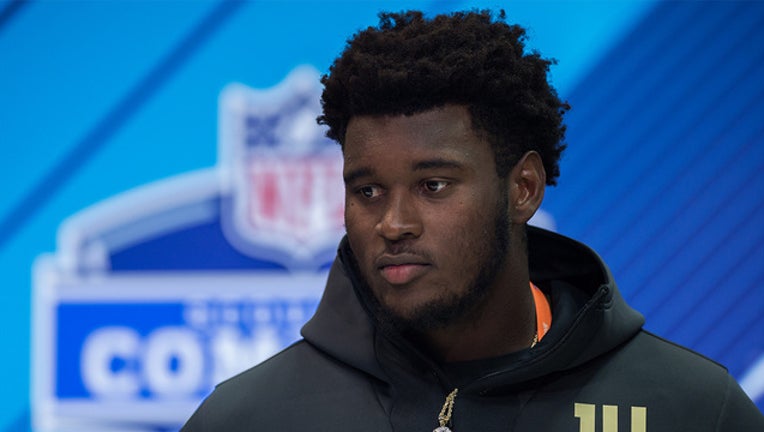 INDIANAPOLIS, IN - MARCH 03: Miami defensive lineman Kendrick Norton answers questions from the media during the NFL Scouting Combine on March 3, 2018 at the Indiana Convention Center. (Photo by Zach Bolinger/Icon Sportswire via Getty Images)

MIAMI, Fla. (FOX News) - Miami Dolphins defensive lineman Kendrick Norton was involved in a serious car crash Thursday and reportedly had to have his arm amputated as a result.

The Dolphins announced Norton was involved in the crash. Multiple sources told Florida radio host Andy Slater that Norton had to his left arm amputated at the scene of the wreck.

Norton, 22, was in critical condition but was expected to survive, sources told the Sun Sentinel. However, the crash is reportedly expected to end his playing career.

The Carolina Panthers selected Norton in the seventh round of the 2018 draft. He did not play in a game for the Panthers during the season.

Norton bounced around from the Panthers' main roster and the practice squad before the Dolphins claimed him. He was expected to compete to make the Dolphins roster during training camp, according to the newspaper.