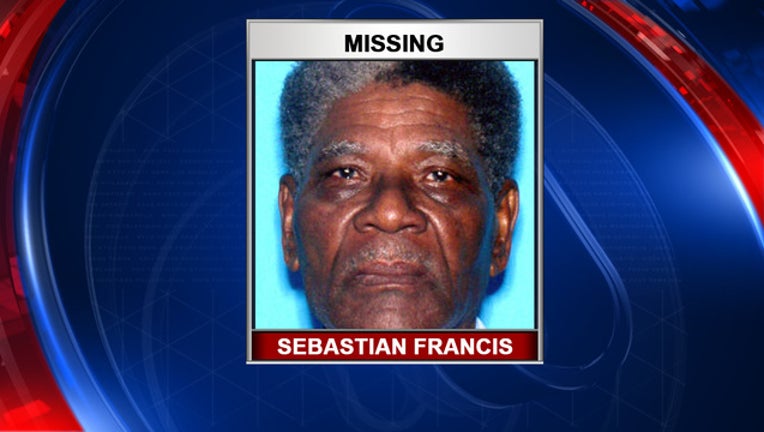 TAMPA (FOX 13) - Police said they have located a 90-year-old man who was reported missing on Friday.

Sebastian Francis was last seen at about 11:15 a.m. outside the Winn Dixie near North Dale Mabry and Columbus Avenue. They say he was waiting in a car while a family member went into the store.
When that family member returned to the car, he was gone.

Around 3:30 a.m. Saturday, TPD said Francis was located safe and unharmed. No further details were released.