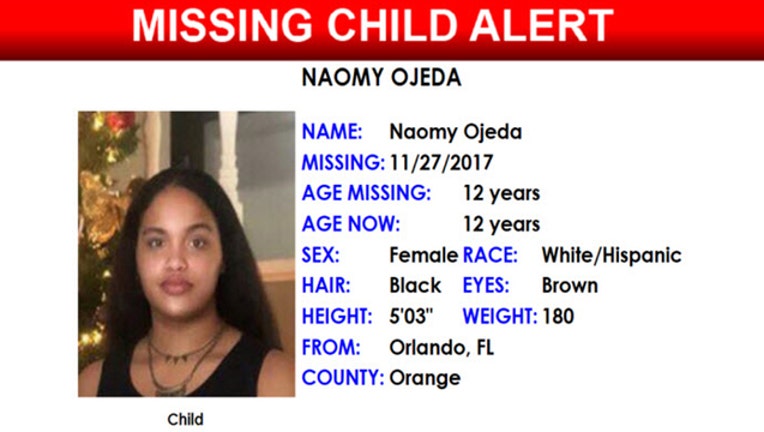 ORLANDO (FOX 13) - A Florida MISSING CHILD Alert has been issued for a 12-year-old girl out of Orlando.

The Florida Department of Law Enforcement says Naomy Ojeda was last seen in the area of the 2800th block of  Upper Park Road in Orlando, Florida.

Naomi Ojeda is a white/Hispanic female. She is 5 feet 3 inches tall, weighs 180 pounds, has black hair and brown eyes.

She was last seen wearing a dark blue hooded sweatshirt and sweatpants.

Anyone with information on the whereabouts of Naomi Ojeda is asked to contact the Orange County Sheriff's Office at 407-836-4357 or 911.