The search for Skyler

The search for a South Tampa German Shepherd has brought the community together in hopes of finding the missing K9.

SOUTH TAMPA, Fla. - Days after the search for a missing German shepherd in South Tampa took over social media, the wayward pooch has been found and is on the mend.

According to her owners, Skyler went missing May 13. Since then, trappers, animal rescuers, and neighbors canvassed the area – from UT to SoHo to Hyde Park to Pama Ceia Golf Course – looking for her.

Skyler's owners, Elizabeth Douglas and boyfriend, Joshua Brown, said they were out on an early morning walk with her when she started rolling in the grass and her leash became detached. During their search, Douglas and Brown said the entire South Tampa community rallied around their effort to find Skyler. 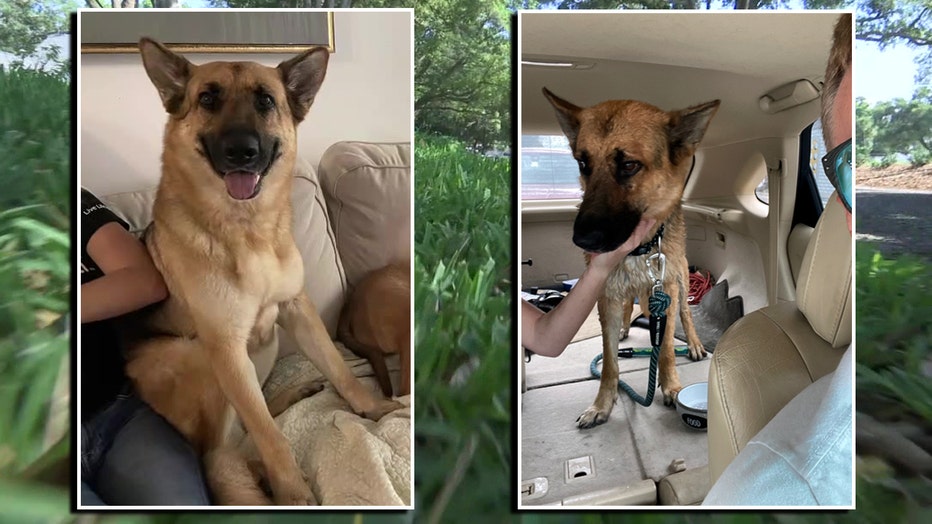 Skyler, before and after being found

"We're shocked with how much our community has come together," Douglas said.

Sightings poured in from across the area and Wednesday, June 2, Skyler was spotted in the backyard of a home on West Tambay Avenue, near Bayshore Boulevard.

Her owners said she was malnourished but in good spirits. They were taking her to an animal hospital to get checked out.