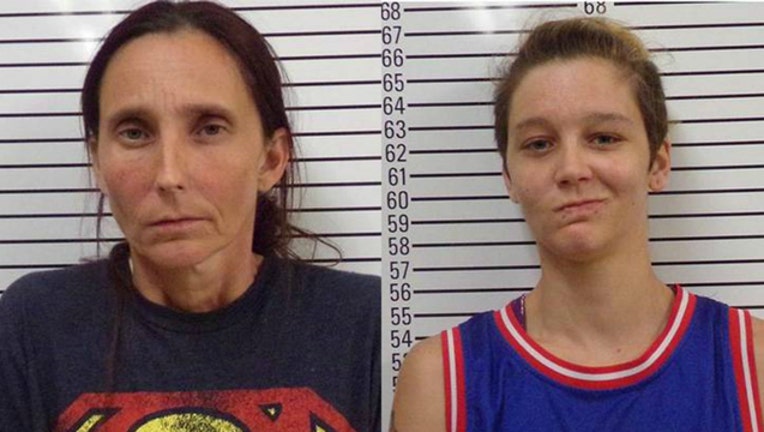 DUNCAN, Okla. (AP) - A woman and her daughter are facing incest charges after authorities learned the pair were legally married in Oklahoma this year, and that the mother had married her son a few years earlier.

The motivation behind the March marriage was unclear Wednesday, when 43-year-old Patricia Ann Spann and her daughter, 25-year-old Misty Velvet Dawn Spann, made initial appearances in Stephens County district court. Under Oklahoma law, marrying a close relative is considered incest whether or not a sexual relationship exists.

Neither woman had an attorney listed in court documents. No publicly listed phone number could be found for their home in Duncan, about 80 miles southwest of Oklahoma City.

According to a police affidavit, officers learned about the marriage late last month amid a child welfare investigation. Patricia Spann told a state child services investigator she'd lost custody of three children, who were adopted by their paternal grandmother, but reunited with her daughter two years ago. She said she thought a marriage was OK because her name wasn't on her daughter's birth certificate, the affidavit states.

Detectives later learned she married her son in 2008. He filed for an annulment 15 months later citing "incest," stating he was married to his birth mother, according to the affidavit.

Police didn't return a message seeking investigation details following the women's court appearance. Both women were being held on $10,000 bonds.